It can’t be easy being GLAAD these days. The groups and identities or sexualities or whatever they are this week that you claim to represent are anything but marginalized. They’re vastly over-represented in popular culture, coddled and celebrated by the media and one of the two major U.S. political parties, and the legal way has been made more than smooth for them. 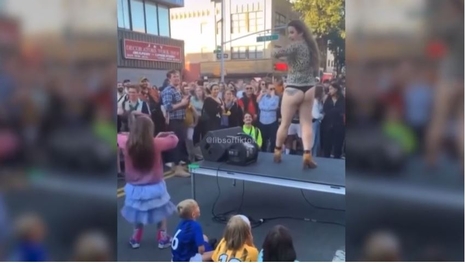 So how do you make your coin? Pressuring movie studios to make sure that exactly 43.2% of characters are black lesbians in stable, loving relationships takes money. You have to be on the lookout for opportunities. Like “Dragphobia!”

Yes, dragphobia. Admittedly, it’s not terribly original, joining as it does homophobia and transphobia (I’m old enough to remember when a phobia was an irrational fear of something, not an aversion to sexual weirdness. But time marches on and the left degrades language.)

GLAAD is now sounding the dragphobia alarm because … well because this backward and hateful country has decided that it doesn’t like men in thongs shaking their asses at children, and some nut in North Carolina may or may not have shot up electrical substations to cut the power to an all-ages drag show.

Drag artist @dix_naomi and @glaad's President & CEO @sarahkateellis
discuss the #MooreCounty power grid attack and the rise of #dragphobia in 2022.

Yep. GLAAD is having podcasts about it with actual drag queens and everything. "There is clear and present danger against our community and threats ... we really haven't seen it at this level in over a decade, if ever," one of them said.

That’s probably because drag queens haven’t been as acutely focused on grooming children as they are now. It wasn’t long ago, librarians and school officials and civic authorities instinctively knew that perverts shouldn’t interact with children.

Unfortunately, many no longer understand this simple truth, so there’s going to be resistance from parents and regular folks. There should be resistance. GLAAD can call it phobia and do its best to make normal people into the villains, but when you mess with people’s kids, you shouldn’t be shocked when people get angry.

Violence and intimidation is always wrong, and people are free to do what they want in private. But there is no right to sexualize other people’s children.