VA Education Blob Wants to Downgrade the Founders. Youngkin Isn’t Having it.

The governor of Virginia is not a fan of efforts to downgrade the status of George Washington and James Madison in the history teaching of the state’s public schools. To Glenn Youngkin, the two Founders from Virginia should remain “The Father of our Country” and “The Father of the Constitution,” respectively. 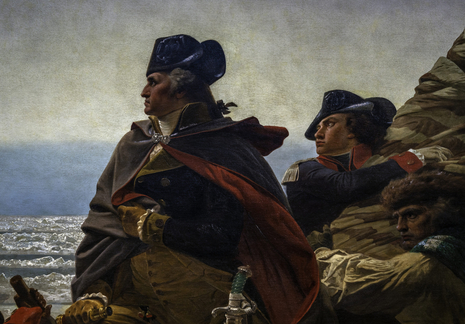 The Virginia Department of Education is scheduled to update the state’s learning standards. The VDOE says the proposed demotions of Washington and Madison were included in the draft standards inadvertently, and had originally been proposed during the administration of former governor Ralph “Step n’ Fetchit’ Northam when he was atoning for his blackface and/or KKK photo hubbub.

Youngkin, who was elected largely by parents appalled by the garbage progressive school boards and education bureaucrats were shoving into school curricula, rejected “removing the nomenclature” about Washington and Madison and said “all these standards still need significant work.”

“I believe that we should tell our history accurately, the good and the bad. And part of the history we're going to tell is that our Founding Fathers, including George Washington, and James Madison, let's not forget about Thomas Jefferson and Patrick Henry and the others played an extraordinary role in the founding of our nation,” Youngkin added.

On the other hand, Atif Qarni, who was Bojangles Northam’s secretary of education, told 7News about the “two different commissions so we had a commission on African-American history education … and then we had another advisory committee called the Culturally Inclusive Practice Advisory Committee … collectively it was about 60 different people – experts weighing in.”

Qarni, you had me at “Culturally Inclusive Practice Advisory Committee!” You let loose those ninjas of the education bureaucracy? No wonder you’re so bullish on the standards:

“These proposed changes, if they go through, as is, will really separate apart in the best possible way to take a holistic perspective and really teach our history because they both provide a balance between depth and breadth,” said Qarni. “And then they also create a system where [a] variety of perspectives can really be understood and comprehended. And teachers can really work with students to really understand their local communities, but also have a nice global perspective and connect the dots.”

So ‘tis as clear as is the summer sun.

Maybe, if Qarni’s global dot-connecting, deep and broad balancing, perspective comprehending standards do get through, and Youngkin still doesn’t like them, we can compromise. George Washington: “Male-identifying caregiver of his country.” Madison could be “the sperm donor to the loving lesbian couple who nurtured the constitution.” Check in with former governor Minstrel Show. I bet he’d have creative ideas.