There are no circumstances – none – in which it is appropriate to sing or play John Lennon’s song “Imagine.” The vapid Marxist dirge drenched in stale hippie sentimentality makes everyone who hears it measurably dumber, and probably slows their reflexes and dulls their taste buds. 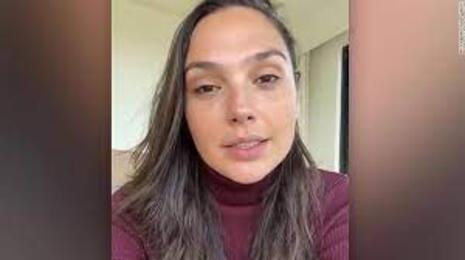 That said, wealthy celebrities singing it from their Beverly Hills hideaways for the benefit of the covid-quarantined hoi polloi is like the most inappropriate thing ever, and then some. It takes a spectacular lack of self-awareness to suggest that people who can’t go to the jobs that pay their bills “imagine no possessions” while your staff is preparing responsibly sourced organic cumquats.

But that’s what “Wonder Woman” star Gal Gadot and a bunch of her celebrity pals – to include Kristen Wiig, Jamie Dornan and Natalie Portman, according to CNN – did in March 2020 as the world was shutting down and lots of people without blockbusters on their resumes were wondering how they’d survive. The ungrateful masses weren’t amused and the viral video landed with the sickening thud you’d expect.

But you can’t say Gadot’s not quick on the uptake. Nearly two years later, she told InStyle the video was created with “all pure intentions,” but:

Premature? Apparently, there’s a right time for people with pool boys to tell out-of work busboys "We are in this together, we will get through it together."

But our betters in Hollywood are nothing if not persistent. Stars like Eva Longoria and Julianna Margulies and the sadly surname-deprived Ciara are full of ideas in the covid crisis and unafraid to share them with international decision makers.

Incidentally, in the last couple of years, Yoko Ono was finally given credit for co-writing “Imagine.” Justice long overdue. No single individual could produce a song that wretched.