There’s pearl clutching at NBC News because Dave Chappelle spoke heresy. In his new Netflix special, “The Closer,” the comic had the temerity to defend author and close observer of reality J.K. Rowling. Rowling is dead to the woke left because of what NBC’s Wilson Wong calls “past comments conflating sex with gender.” (The horror!) 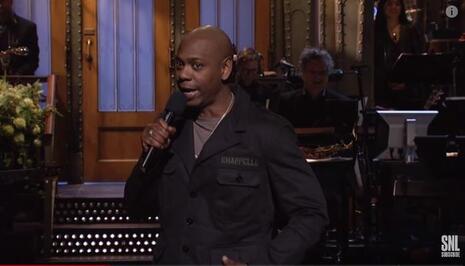 "They canceled J.K. Rowling — my God. Effectually she said gender was a fact, the trans community got mad as s---, they started calling her a TERF," Chappelle said, referring to "trans-exclusionary radical feminists" whose views about gender are seen as anti-trans.

But, according to Wong, “His comments drew a swift backlash.” The evidence for that backlash is … a tweet.

As a trans woman, I have usually defended Dave Chappelle’s specials because I think they’re hilarious and his jokes about trans women never felt intentionally malicious.

The Closer changed my mind on that. That special felt so lazy and disingenuous and I’m really disappointed.

Yeah, that’s it. Really compelling stuff, that. But Wong’s saga did draw a classic reaction from the invaluable David Burge:

Oh, Wong sited one other complaint, a tweet from some other LGBT something something activist. "Nothing Dave Chappelle says changes the facts that trans women are women, trans men are men, nonbinary people are nonbinary, that LGBTQ+ people should live free of harm and discrimination. He is wrong. And Netflix has empowered him to be wrong loudly."

Hear that, Dave? Got it Netflix? The Inquisition’s got your number.