The Washington Post has “spent this baseball season examining the experiences of nine African American ballplayers, from a 90-year-old icon to an 18-year-old prospect,” according to an introduction to it’s series of articles called “The Nine.” It’s an exercise that’s supposed to tell readers important things “about this game and this country.” 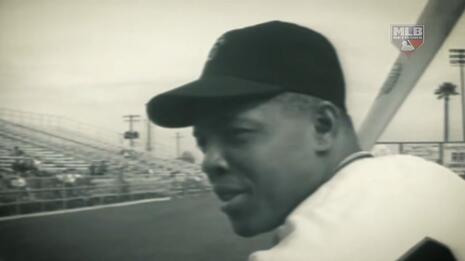 It tells us more about the race-obsessed progressives who write for the Post than anything else. The central theme of the nine long articles is that, after an arduous, often painful integration era and a black heyday in the 1970s and 80s, there have been fewer and fewer black major leaguers.  More than 16% of MLB players in 1989 were black. Today it's less than 7%.

As you can guess, this is baseball’s fault.

In a free society, people self-select. They gravitate to the professions, diversions and social circles that suit them. Young black athletes gravitate towards basketball and football. Not coincidentally, blacks are a majority in the NBA and the NFL. But the Post isn’t publishing think pieces about those sports.

Because according to the new woke orthodoxy, any sphere not dominated by [your preferred minority group here] is suspect and must be exclusionary or systemically racist. Running through the articles are variations of the same sad fixation:

So much "the content of their character" thing. Baseball integrated more than 70 years ago. Black players overcame racism to become some of the game’s legendary figures. As “The Nine” itself proves, MLB is open to black players. Indeed, it’s been doing outreach to black communities for at least 30 years.

Not good enough. One of “The Nine,” current White Sox shortstop Tim Anderson, “was outspoken after George Floyd’s murder last year and pointed to the lack of access and opportunity for Black kids to pursue professional careers in baseball.”  What should baseball do?

“Today, scouts go to showcase games and if you’re not a Black player that’s a top-flight kid at [prospect showcase tournaments like] Perfect Game, who sees you?” asked former player Eric Davis. But you can say the same for white kids. Showcases are cost-effective, easy ways to see a lot of kids who want to be seen.

But the real problem with baseball not being black enough seems to be that baseball isn’t, you know, black enough. The game is “stodgy,” permeated by a “personality-suppressing culture.” (That might be surprising to Babe Ruth, Yogi Berra or Keith Hernandez.) The “contrived and archaic ‘right way’” to play ball “has been code for the ‘White way’ for decades.”

The Post says “Recently, baseball has been at war with itself, promoting ‘Let the kids play’ to push its product while some players flash fun-police badges with inside fastballs.”

No question which side the Post takes. A young black prospect, we’re told has to be on his best behavior in front of scouts:

His body language must be neutral. He must raise no red flags and generate no new entries in the scouts’ notebooks. It’s why Ian, who often wears necklaces and earrings at home, removes any jewelry before he arrives at the field. He takes out his hair twists. He straightens his cap.

Exactly the same way every kid tries to look professional with scouts watching. One last quote from this depressing series of articles:

That’s a good thing, right? Not when your focus is raceball.