Kim Jong-Un may or may not be about to reunite with his half-brother, uncles and the numerous North Korean officials he’s dispatched -- often in spectacular fashion -- from his service over the years. Dear Leader has a bad ticker, or something (a rather prosaic end for a guy who ordered executions by mortar bombardment and flamethrowers and wild dogs.) There’s speculation his younger sister will succeed him. If so, get ready to be embarrassed by her fan-girls in the Western press. 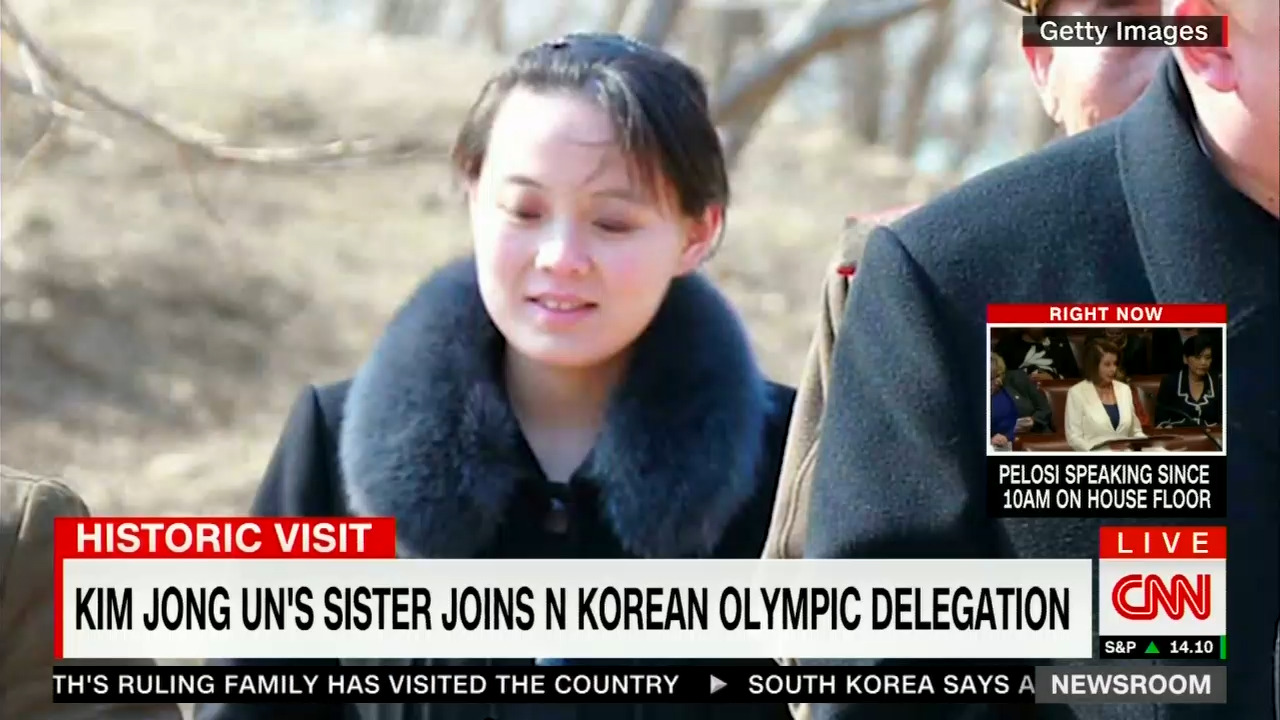 The last time the world heard much about Kim Yo-Jong (Sis), it was at the 2018 Winter Olympics in South Korea in her role as head of the Workers’ Party of Korea Propaganda and Agitation Department. That’s when the Workers’ Party of America Propaganda and Agitation Department -- aka, the U.S. media -- found her to be a comely and strangely normal-seeming stick with which to beat the Trump administration. (VP Pence was there, which upset a bunch of figure skaters, and he had the bad taste to remind the world about North Korea’s bloody regime and pursuit of nuclear weapons.)

“If ‘diplomatic dance’ were an event at the Winter Olympics,” CNN oozed, “Kim Jong-un's younger sister would be favored to win gold.” Really. Another CNN piece declared “North Korea is winning the Olympics --and it's not because of sports.” “This time around, however, Reporter Jamie Tarabay gushed Sis had given “the North has gotten the kind of publicity money can't buy. ...Her historic visit to the South -- the first of any member of the ruling Kim family -- generated significant media attention, gracing news broadcasts and front pages across the world.”

She “graced them.” At The Daily Beast, Donald Kirk squealed: “North Korea is stealing the thunder, if not the show, from the Americans at the Pyeongchang Olympics, with word that the charming younger sister of Kim Jong Un is arriving Friday.” She was so fresh compared to Pence, who was part of “the same old boring story -- more sanctions of questionable value in persuading Kim Jong Un to abandon his nuclear program.” Meow!

Reuters was star-struck too. It ran a piece titled, “Head held high, Kim's sister returns to North Korea. You can’t make this stuff up. To Reuters, she seemed like “royalty” as “her big smiles and relaxed manner left a largely positive impression on the South Korean public.”

The New York Times liked her “sphinx-like smile.” And it got in a shot at stuffy old Pence: “Without ever speaking in public, Ms. Kim managed to outflank Mr. Trump’s envoy to the Olympics, Vice President Mike Pence, in the game of diplomatic image-making.”

There was more. From AP and ABC News -- all those tough-as-nails journalists savoring that sweet Pyongyang propaganda. As pathetic as all the slavering was, only The Washington Post’s Callum Borchers really stood out for his creativity (not Kim Jong-Un’s “I got an idea: let’s shoot Uncle Jang to jelly with an anti-aircraft gun!”-level creativity, but Borchers tried.) You see, he argued, the media were actually the victims in all this. Sis’s trip “helped advance a favorite narrative of President Trump's — that the media is his enemy.”

Oh sure, we gave numerous tongue-baths to a figurehead of a psychotic regime. We fawned over the sister of a murderous little thug who offs inconvenient family members while his people eat grass. And yeah, we scored cheap political points contrasting the exotic Tiger Lady to up-tight white-guy Pence. But why does Trump hate us so?

So if the Pyongyang Dough Boy shuffles off his mortal coil, and Sis manages to outmaneuver, out-fight and probably kill enough of North Korea’s gangster leadership to actually take control, get ready for some sickening spin from the Propaganda and Agitation Department.