Barely twenty-four hours after Demi Lovato’s announcement about being non-binary, and it’s already causing controversy. A radio host is starting to feel the brunt of the woke mobs for even wanting to even joke about it. 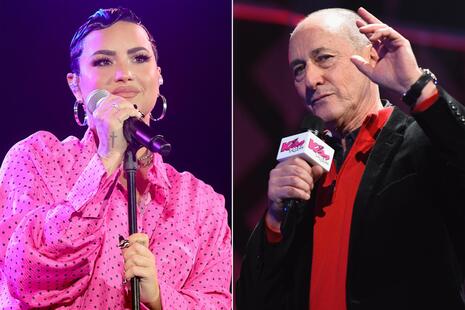 On Wednesday when singer Demi Lovato officially announced a switch to “they/them” pronouns and a “non-binary” status, radio host Matt Siegel came under fire for discussing, or rather not discussing, the news. Host of the popular Boston-based radio show Matty in the Morning, Siegel claimed the higher-ups of his show ordered him not to talk about Lovato’s recent announcement on the air.

That Wednesday, he went into a rant describing his anger at the request, seemingly threatening to quit by ending his show early.

Today I was anti-wokeness and I can't do that, so basically, what I'm told is, I can talk about light, funny things like where the Jonas Brothers are going to be but I can't do what I really want to do, which is just be a funny comic and tell it like it is. So I'm ending my portion of the radio show right now. It has been a hell of a run, but I think it's coming to an end.

For the record, Siegel mentions that he’s also come under fire from his bosses for insulting right-leaning people as well. This time, however, proved to be too much for the host stating "By the way, it's a joke — the whole binary thing. I don't care what Demi Lovato does, but now we have to worry about, you might offend someone."

Despite this, Siegel returned to his show on Thursday apologizing for his outburst. He claimed "I was on a roll, and I haven't been on a roll in a long time. And that's when I got the call and I just snapped. I just said, 'I can't be here anymore.’”

Neither reps from iHeartRadio who sponsor Siegel nor Lovato have commented on this news yet. Considering Siegel still has his job, it seems like he might be spared from the cancel culture mob for now. Time will only tell the next time he goes on a roll.