As the saying goes, even the frothing, hateful, elitist clock is right twice a day. Actor and prominent Republican hater Alec Baldwin proved it with his recent rant against cancel culture. 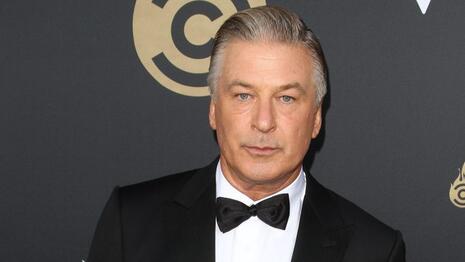 On May 14, the Trump-hating actor tweeted out "Cancel culture is like a forest fire in constant need of fuel. Functioning objectively. No prejudice. No code. Just destroy. The deserving and the undeserving alike.”

Cancel culture is like a forest fire in constant need of fuel. Functioning objectively. No prejudice. No code.
Just destroy. The deserving and the undeserving alike.

The day before he also tweeted a kind of precursor to this statement reading “There appears to be a zero tolerance policy for bad behavior everywhere except where it matters most: the US Congress.” That tweet falls more in line with his standard hatred of conservative politicians, but it does highlight how hypocritical and pointless “cancelling” people tends to be.

Of course, Alec Baldwin has called out cancel culture before, specifically the kind that could have threatened New York Governor Andrew Cuomo. Back in March, he posted a 14-minute rant against cancel culture, before finally deleting it and uploading a shorter, calmer retort.

Baldwin himself has been on the verge of being cancelled for years with his awful behavior towards anyone ranging from reporters to airline crew members. However, he still remains shockingly relevant, even as his own wife came under controversy about her Spanish heritage.

Perhaps he’s trying to get a head start before the mob finally comes for him. After all, it’s only inevitable.