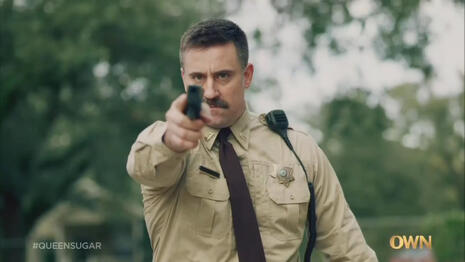 Unsurprisingly, two episodes on the reaction to the death of George Floyd weren’t enough for BLM activist filmmaker Ava DuVernay's Oprah Winfrey Network (OWN) drama Queen Sugar. The series following a family of black sugar plantation owners in Louisiana is now on its third straight episode recounting the days following Floyd's death that, as they said, brought a “racial reckoning” to America.

The April 6 episode “June 3, 2020” opens on a flashback to Ralph’s (Kofi Siriboe) encounter with a police officer from last week. However, it quickly gets worse as it begins to warp into a nightmare from his son Blue (Ethan Hutchison). Then we’re treated to a traumatizing scene of a ten-year-old boy thinking he’s being shot at by the police.

This is an unfriendly reminder that this scene is exactly what Black Lives Matter wants black children to believe about the police. It doesn’t matter how many kids are traumatized, so long as they grow up believing the lie that the whole country is racist and out to kill them. Heaven help the kids who don’t hear any different. 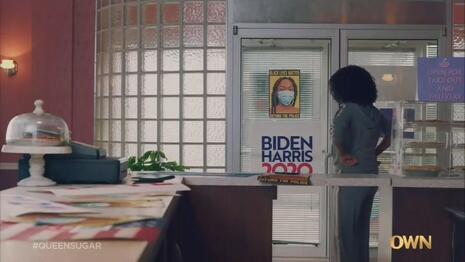 The rest of the family doesn’t make it any better. Blue's journalist Aunt Nova (Rutina Wesley) is already out working on another case of apparent police brutality. Nova's Aunt Violet (Tina Lifford) hangs up “Defund the Police” posters on top of her “Biden Harris 2020” banners at her diner while quoting the late civil rights activist and Congressman John Lewis to “keep ourselves busy with good trouble.”

Blue’s grandmother Darlene (Michael Michele) takes it one step further by stating we’re in a “racial reckoning” and uses it to get him a seat in a DC private school:

We're in the middle of a racial reckoning. And that school is like every institution and company, posting ‘Black Lives Matter’ on their Twitter handle. I called them on it.

It’s one thing to take advantage of woke appeasers. It’s another thing to genuinely believe America is in a racial reckoning. Queen Sugar is clearly in the latter camp and loving it.

Conservatives Fight Back: This show was sponsored by commercials from Hilton, L'Oreal, and Target - tell them how you feel about their sponsorship of such a racially divisive program!