New HBO Max Sci-fi Series 'Raised by Wolves': Atheism 'Is the Only Path to Progress'

It’s amazing how the advanced future always seems to be viewed through a liberal lens on television. Either we devolve into a hedonistic nightmare or fall victim to a dystopian society based on not following liberal practices. HBO Max’s latest sci-fi series Raised by Wolves does both by espousing how belief in religion “weakens” the human mind and atheism is "the only path to progress." 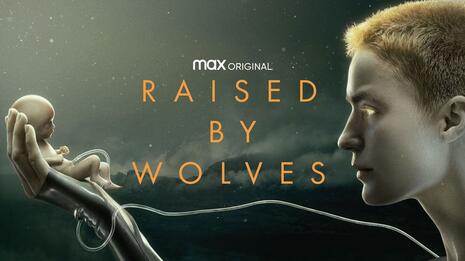 On September 3, HBO Max released the first three episodes, setting up the world of the future on a remote planet. Here, we find two androids known as Mother (Amanda Collin) and Father (Abubakar Salim) setting out to raise six human embryos as part of the last remnants of Earth. Unfortunately, only one, a boy named Campion (Winta McGrath), survives twelve years later. Their state grows worse when their small colony comes into contact with a separate community of humans on a passing ship. Even worse, the humans on this ship are religious.

Being androids, our main characters aren’t subtle in the least on how religion is bad and atheism is "the only path to progress." In the pilot episode, Mother teaches her children about the flaws of belief in an “imaginary” deity and how a good society can only be built on “humanity’s belief in itself” through atheism.

Mother: But despite their advancements, the Mithraic remain stunted by the tenets of their religion. For instance, they believe that allowing androids to raise human children is a sin which forced them to send an ark outfitted with stasis pods rather than a lighter, faster craft such as the one the atheists so wisely used to send us. Belief in the unreal can comfort the human mind, but it also weakens it. The civilization you’re seeding here will be built on humanity’s belief in itself, not an imagined deity.

Campion: And if it’s not imagined? They won the war after all. What if praying will make Spiria better?

Mother: No, Campion. Only science can do that.

Campion: It didn’t help the others.

Mother: Because we have more to learn. We will never advance unless you resist the urge to seek solace in fantasy. You are atheists. Peaceful, technocratic. It is the only path to progress.

The Mithraic, in this case, represent the religious order they meet by the end of this episode. While it’s not specifically Christianity, the members of the Mithraic follow one God who “tests” his people, distribute bread and wine to the other followers, and dress like Crusaders in battle. Needless to say, it doesn’t seem like they are emulating Islam.

Of course, the atheist androids don’t come off as the angels they don’t believe in over time either. Mother proceeds to kill a majority of the Mithraic onboard their ship. However, considering the Mithraic were part of a “war” with non-believers, it’s safe to say no one comes out of this show looking good, but only “believers” get called out on it specifically.

We’ve only just begun Raised by Wolves, but the future’s not looking bright for this series.