It’s not surprising that the majority of actors and actresses in Hollywood are liberals. But the number of celebrities who go out of their way to support abortion rights and, in particular, Planned Parenthood, through PSAs, speaking engagements and financial donations is shocking. Here are 42 celebrities who have publicly supported the abortion giant.

Many celebrities have starred in sanctimonious public service announcements for the abortion giant.

Actress Scarlett Johansson starred in this 2011 PSA, where she called a bill to defund Planned Parenthood “disastrous.” 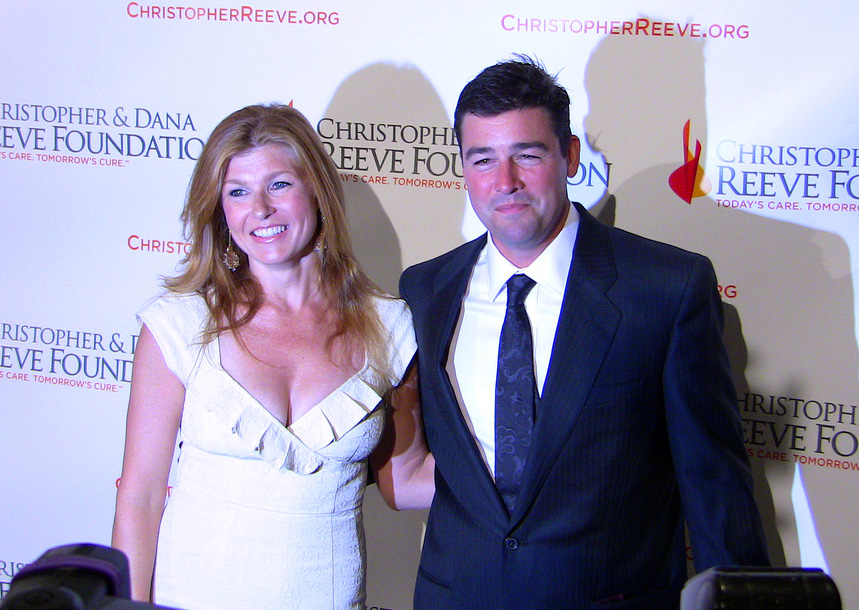 Lena Dunham did the same in 2014, when she designed a shirt with Planned Parenthood to promote both the group and her new book. She shared images of her famous friends wearing the shirt, including Jemima Kirke (Girls), Rashida Jones (Parks and Recreation), Retta (Parks and Recreation), America Ferrera, Janet Mock, singer Sara Bareilles, and Ellen Page. 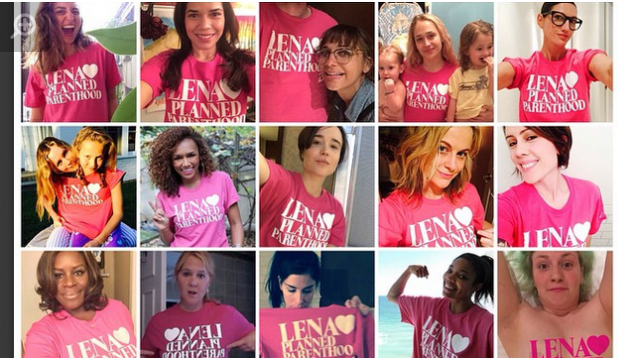 Scarlett Johansson also designed a shirt for Planned Parenthood in 2014.

Have you gotten this Scarlett Johansson t-shirt yet? Stand up for women's rights & get yours: http://t.co/xUcjS0hUcv pic.twitter.com/xjdzK9Jg1o

Actress Kate Walsh (Private Practice, Grey’s Anatomy) also sits on the board of Planned Parenthood, according to their site. She bribed her fans to send money to Planned Parenthood in exchange for an autographed DVD set.

A self-described life-long supporter of Planned Parenthood, actress Maggie Gyllenhaal promoted the group through a letter she wrote for Glamour magazine in 2012. She wrote that it was “chilling to think of this resource [Planned Parenthood] being taken away.”

But that’s not the only way celebrities propagandized the public. Some stars used their social media platforms to advocate for abortion and bully pro-lifers.

One of those people is Lucas Neff, star of Fox’s Raising Hope, who is particularly nasty to pro-lifers on his Twitter account.

Martha Plimpton, Neff’s Raising Hope co-star, is even more vocal in supporting Planned Parenthood. She has also starred in PSAs for the group.

It's not pro-life. It's pro-control. We've known it all along. Great piece by @amandamarcotte http://t.co/zCMraYGPZh

Actress Alexis Bledel (Gilmore Girls) isn’t very active on her social media account, but when she is, it’s usually to promote liberal politics – and a favorite of hers is Planned Parenthood.

To @MittRomney: If you "get rid of" Planned Parenthood, what's the plan for the 3 million people who receive health care there? #ASKMITT 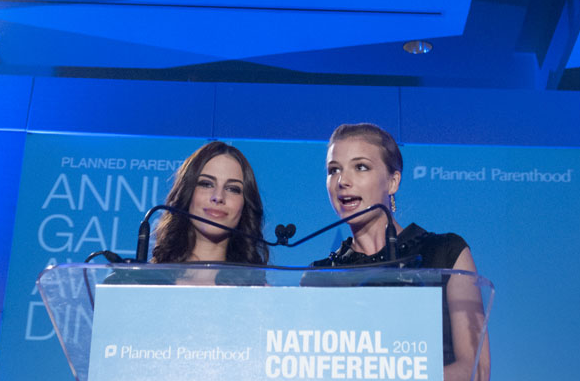 Abortion is still legal in the great U.S of A. It would be insane not to use fetal tissue 4 science & education in such cases. #StandwithPP

Pretty much any female comedian you can think of on TV has appeared in a PSA, used social media or written statements in support of Planned Parenthood. 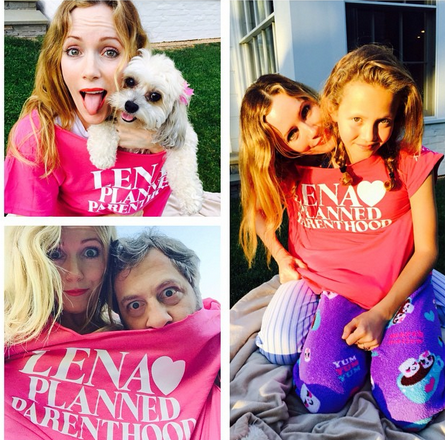 Silverman has made a number of crude and offensive videos in support of abortion. She even hosted a telethon to raise money for abortions in Texas in 2013 with Daily Show comedian Lizz Winstead.

Poehler penned a letter on behalf of the abortion giant, picked up by several media sites, which praised Planned Parenthood President Cecile Richards and the organization as “awesome.”

Actress Elizabeth Banks (Pitch Perfect,Hunger Games) came out before the 2012 election in a video for Barack Obama to share her support of Planned Parenthood. 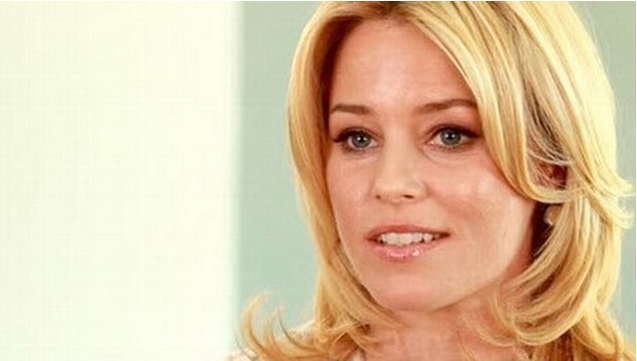 As MRC Culture's Katie Yoder noted, the media similarly stayed silent on the case of Philadelphia abortionist Kermit Gosnell. Gosnell's trial, in which witnesses described baby abortion survivors “swimming" in toilets “to get out,” attracted a scant 12 – 15 reporters. Only after 56 days, multiple letters from members of the House of Representatives and a public outcry, did all three broadcast networks report on Gosnell.