Supreme Court nominee Brett Kavanaugh’s daughters didn’t leave their father’s hearing because it got heated, according to one CNN strategist. 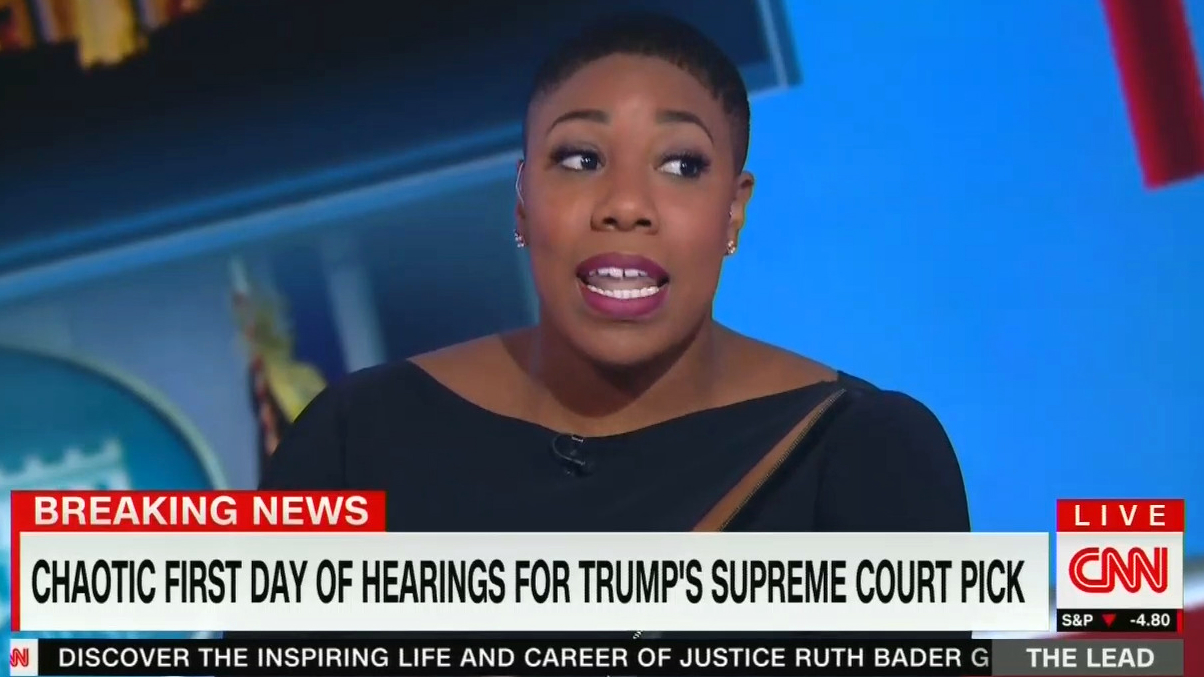 After interruptions from both Democrats and protesters, Kavanaugh’s young daughters were ushered out of his confirmation hearing on Sept. 4. Despite contradicting reports, CNN strategist Symone Sanders argued that they were “already going to get up” and “Democrats were “extremely respectful” during the hearing.

During The Lead with Jake Tapper on Sept. 4, Sanders applauded Democrats.

“I think the Democrats were extremely respectful today in the hearing,” she urged. “They were simply asking for, under regular order, ‘Please, Mr. Chairman, let's delay, let's get the documents. We feel like we don't have enough information to be able to effectively advise and consent on this issue.’”

“Simone, I love you, but so ‘respectful’ that they had to dismiss Judge Kavanaugh's daughters from the hearing room at one point,” he said of 13-year-old Margaret and 10-year-old Liza.

Sanders agreed that Kavanaugh’s daughters leaving was nothing. “They were already going to get up, now, Josh,” she added.

Toobin added, “They were planning on leaving anyway. They’re little kids. They didn’t want to sit there the whole [time].”

At the time of their departure, a source told CNN “That was always the plan.” But a Washington Examiner report cited an “insider” who said that the daughters “were taken out by their mother, Ashley, as the hearing got ‘hot.’”

Others in the media agreed with that account. On Sept. 5 during Good Morning America, ABC senior national correspondent Terry Moran reported that “As the room grew ever more raucous, his young daughters were removed, apparently not a scene fit for kids.”

Politicians also backed that up, with Sen. Lindsey Graham commenting Sept. 5 to Kavanaugh that “I just wish if we could have a hearing where the nominee's kids could show up” and "I want your daughters to know that what happened yesterday is unique to the times that we live in.”