It’s not everyday that CNN tells a story with a pro-life message, but the media outlet just did – by reporting on a woman who was tragically raped and failed an attempted an abortion, but then fell in love with her baby.

On Aug. 27, CNN Newsroom covered the sexual violence suffered by the Rohingya at the hands of the Myanmar government. The exact number of rape victims is unknown, but CNN international correspondent Alexandra Field only needed to focus on one to exemplify the horror that some women refugees say they face. 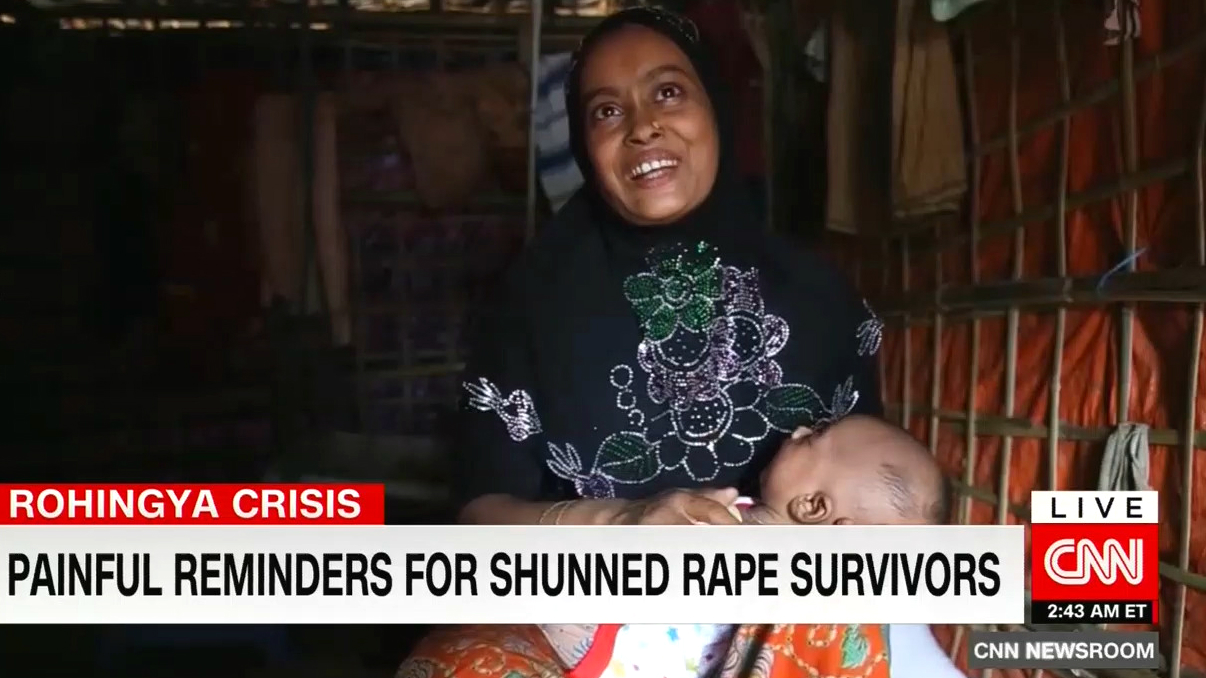 CNN’s report came the same day that U.N. investigators accused the Myanmar army of genocide. In April, the news broke that the U.S. State Department is also investigating the reported horrors committed against the Rohingya after more than 700,000 of the predominantly Muslim ethnic minority fled from their homes in Myanmar to Bangladesh.

Their travel wasn’t without great peril, according to CNN. Co-anchor Rosemary Church cited aid organizations that documented “widespread cases of women and girls raped by Myanmar security forces as they fled” in 2017. The Myanmar military denies those reports, but that didn’t stop CNN from delving deeper into the story. That’s where Field’s report came in.

“Many women and girls harbor a painful secret,” she said. “They are survivors of what the U.N. calls widespread sexual violence,” and now, nine months later, “a number of babies have been born as the result of rape.”

She pointed to Meher and her 2-month-old daughter Yasmin as an example.

“Little Yasmin was delivered in June,” Field said. “Her mother Meher says she was raped by soldiers who set fire to her village in September.”

According to Meher, the soldiers presented her with a horrifying choice and “demanded to rape me in exchange for sparing my children's life.” She agreed. Afterwards, she tried to keep the rape a secret out of shame, and instructed her children to “not tell their father about the incident.”

“But they did anyway,” she said, and “because of that, my husband wanted a divorce. But he couldn't leave me as I had no parents.” According to Field, women like Meher also “risk being shunned even by their families” and, she added, “the baby would be a painful reminder of the horrors left behind.”

But Meher offered a different story: although she tried to abort her unborn daughter, she ended up falling in love with her.

“I tried a lot to abort this child, but abortion was not possible,” Meher said. “I went to the nurse and took pills for abortion, but they didn't work as they were supposed to.”

“Yes, I love her,” she stressed, after giving birth to Yasmin in a tiny bamboo shack. And she wasn’t the only one: “My husband also loves her now, though he couldn't accept her at first. He adores the baby when she smiles and plays.”

Other media outlets, such as PBS, have also highlighted the plight of the Rohingya women – including those who have refused abortion as an option.