Comedienne Chelsea Handler is defending Al Franken against sexual allegations by saying, “Me too.”

On Sunday, Profile by BuzzFeed News published an interview between host Audie Cornish and Handler. During their time together, Handler staunchly defended former Minnesota senator Al Franken against sexual misconduct accusations because “he’s a comedian,” and, well, she has groped people too.

The conversation began when Cornish asked Handler if Franken should consider running again, in light of the #MeToo movement. Handler didn’t hesitate to say she “would love for Al Franken to run again.”

Handler continued to stand by his side even after Cornish stressed that Franken faced accusations of sexual misconduct from eight different women.

“I don’t want to diminish anyone’s legitimate claim of feeling like they’ve been assaulted, because that’s your feeling, but I think there is a very big difference of a man putting his arm around you – he’s a comedian,” Handler insisted.

After all, she said, she had done the same.

“I’ve touched people’s breasts and genitals, I can’t imagine how many times, in photos,” she admitted. “That doesn’t excuse it, but it’s something, that’s not a rape. That’s not sexual assault. And it’s not repeated behavior over and over again.”

“It is a far different beast than having somebody – I mean, for a person who’s been sexually assaulted, to compare that story to someone putting their arm around you and being silly in a picture,” she added. 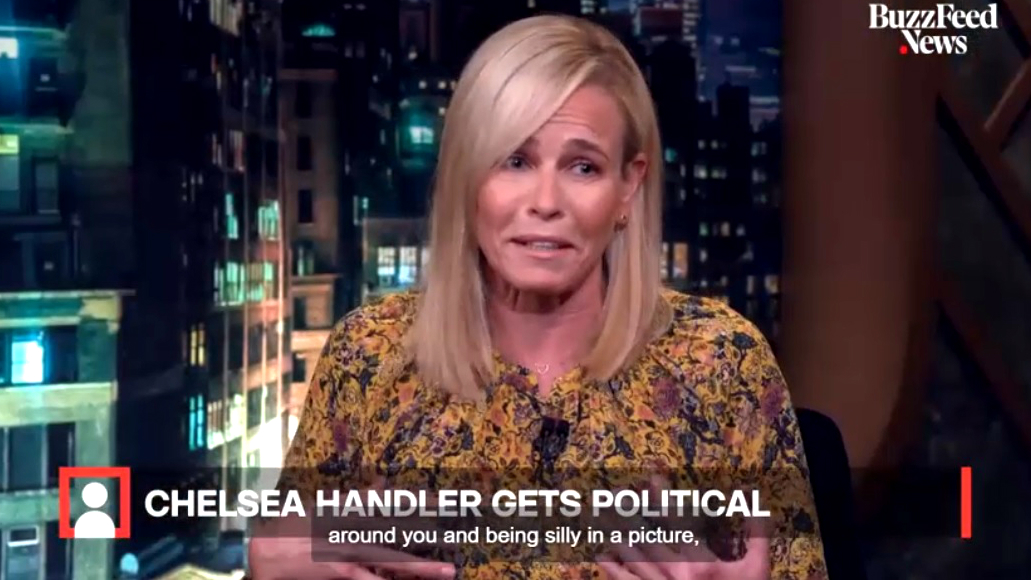 Here’s what “being silly” means, according to one of his accusers: “When he put his arm around me, he groped my right breast. He kept his hand all the way over on my breast.” Others recalled being forcibly kissed and groped.

But “being silly” was exactly what Handler “believe[d] Al Franken was doing,” she said. Of course, at the same time, she’s not afraid to call President Trump a “sexual predator.”

“I think he can probably run again, I mean, look who is running the country,” Handler said pf Franken and Trump. “I think Al Franken will redeem himself,” she added and, “I do hope he runs again.”

Handler’s comments come after she announced a partnership with EMILY’s List to “put more women in power” during elections. But is excusing allegations as “being silly” actually empowering women? And which ones?

For Vulture, writer Halle Kiefer urged, “The broader issue facing America would seem to be: How much unwanted groping and forcible kissing are we collectively still cool with from an elected official?” And, perhaps, from a comedian and comedienne.