Samantha Bee Orders Women to 'Get Maximum Hysterical’ Over Kavanaugh

Samantha Bee is demanding women take action against a man who could make abortion illegal. Or so she says.

On her show Full Frontal July 18, host Samantha Bee ordered women to get “hysterical” over President Trump’s pick for next Supreme Court Justice: federal judge Brett Kavanaugh. She needn’t worry – they already have. But Bee’s fuss over abortion sounds like crying “wolf” after she called pro-lifers “d**kheads” of “toxic bullsh*t” in 2016 – not to mention other abortion outbursts.

And there’s also that time she called Ivanka Trump a “feckless c***.” (Talk about looking out for women, as she says she’s doing here.)

For her Kavanaugh segment, Bee warned that “one of the most radical ways” he could change the court “is on abortion rights.” She slammed conservatives who “say we're being silly to assume he would overturn” Roe v. Wade, the 1973 Supreme Court case the legalized abortion in the U.S.

To prove her point, she called out Fox News senior political analyst Brit Hume for stressing that the “idea that people are going to die because of this” and “that abortion will be illegal everywhere” is “hysterical and overstated.”

Bee took issue with his words, even though, as the pro-life movement says, people already die in abortion – one person per abortion. Not to mention that overturning Roe v. Wade would leaves abortion up to the states, rather than ban abortion “everywhere.”

“Well, I wasn't hysterical before Brit Hume told me not to be,” Bee said, “but now I'm having 10 periods simultaneously.”

She had a special message for “Brit-ney.”

“If you're going to call us crazy bitches, maybe don't use a word that literally means ‘suffering of the womb,’” she bashed, referring to the word “hysteria.” “All the Republicans have done for years is rail against abortion and now, suddenly, we're hysterical for taking them at their word?" 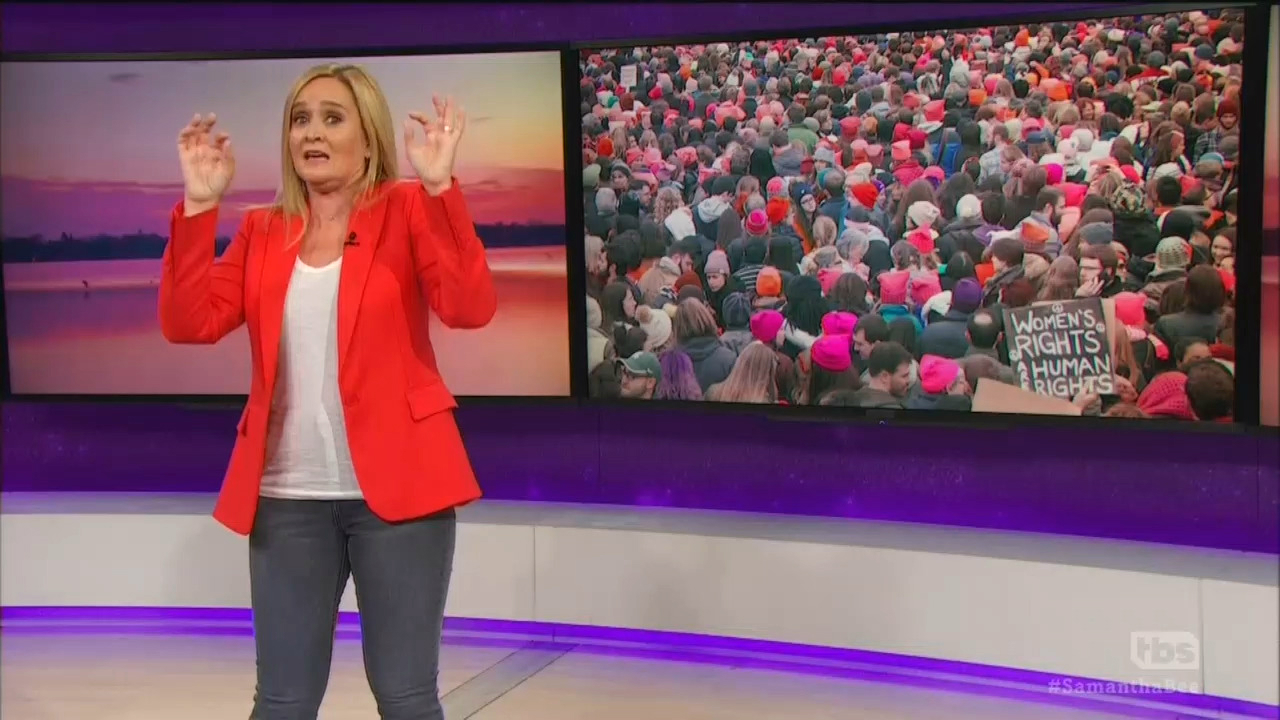 The jabs kept coming after she played a clip of CNN anchor Jake Tapper correcting President Trump after he mistakenly said he was “pro-choice” instead of “pro-life.”

Still, even through the humor, she urged that Americans need to take Trump seriously, even though he’s a “compulsive liar” with a “right-wing organization,” the Federalist Society, backing Kavanaugh.

While she later admitted that Roe v. Wade “might not get completely overturned,” she argued it “will at least get tipped over” with Kavanaugh. That’s because those “anti-choicers” might “use any abortion case to weaken it.” She pointed to certain states that limit abortion with “extreme, cruel, and unconstitutional laws.”

Bee concluded with a call to action.

“If you're concerned about women losing a right we've had for a generation, be vocal about it. March, call your representatives, and for Lilith Fair's sake, vote,” she ordered. “You probably live in a state with a governor, a legislator or both, that are hostile to your abortion rights and if Roe falls, that is who decides what happens in your uterus.”

She added: “Now is the exact time to get maximum hysterical because if we don't, the future looks pretty sad for women and get ready for men to tell it to smile more.”

But Bee forgot she doesn’t speak for all women – most especially pro-life women and unborn women.