Say What? Ariana Grande’s ‘God Is a Woman’ Is About Sex

Sex proves God Is a Woman, Ariana Grande and Elle suggest of her upcoming single. Not intelligence, talent, strength, or even love. Nope. It’s sex that empowers women.

On Wednesday, Elle magazine announced its August cover star: singer Ariana Grande. Inside, deputy editor Katie Connor spoke with Grande on everything from politics to her upcoming single, God Is a Woman – which is, Connor revealed, about sex. 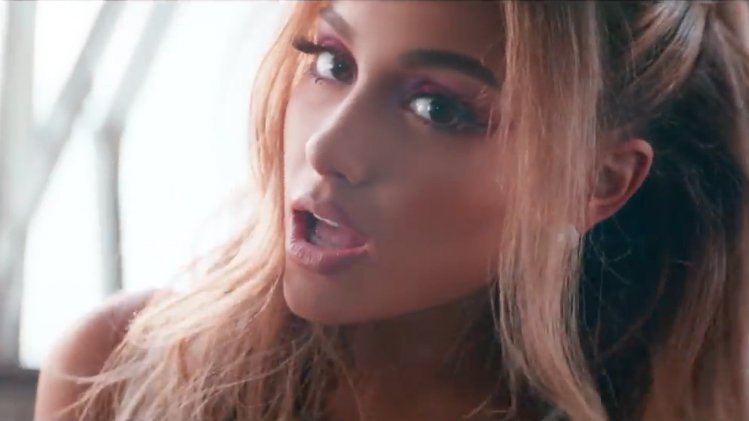 Connor wrote the story a day after Grande appeared at the Met Gala with a gown printed with Michelangelo’s The Last Judgement painting. According to Grande, the dress was “a foreshadow, a hint,” of her future God Is a Woman music video.

Connor first assumed the song would “be a feel-good Women’s-March–y anthem, something along the lines of Katy Perry’s ‘Roar’ set to an R&B beat.”

She was way off.

“I hear it a few weeks later. Hoo boy, was I wrong,” Connor revealed. “Let’s just say it’s more about taking agency in the bedroom than at the office.”

Grande’s fans can hear it for themselves July 20. Until then, Grande appeared to be teasing song lyrics via Twitter on Wednesday:

“when all is said n done, you’ll believe god is a woman”

“and i..... feel it after miiiiidnight, a feelin that u cant fight”

Talk about mocking Christianity. When a fan questioned Grande about the song, she responded, “sex is empowering. it’s the source of all life. pussy is a privilege.” 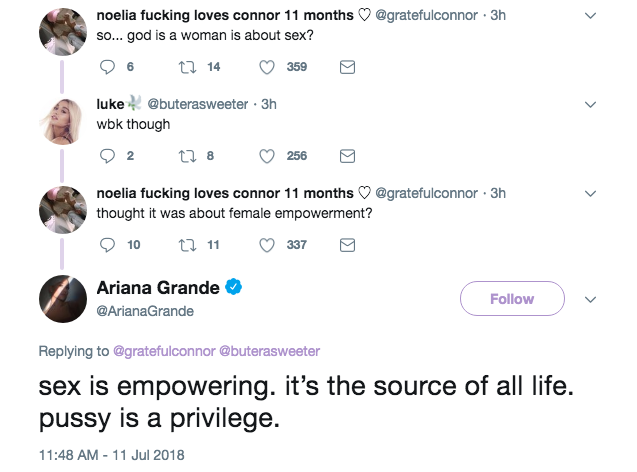 Connor also noted that Grande is “loud and proud in her anti-Trumpism and has aligned herself with gun reform and Black Lives Matter.” She also appeared to slam Taylor Swift (“those who, say, have a certain Reputation”) for not wading into politics.

“That’s wild to me,” Grande told Connor. "[I]f I’m not going to say it, what’s the fucking point of being here?”

“Not everyone is going to agree with you, but that doesn’t mean I’m just going to shut up and sing my songs,” she said. “I’m also going to be a human being who cares about other human beings; to be an ally and use my privilege to help educate people.”

Including, it seems, about how sex makes her a god. 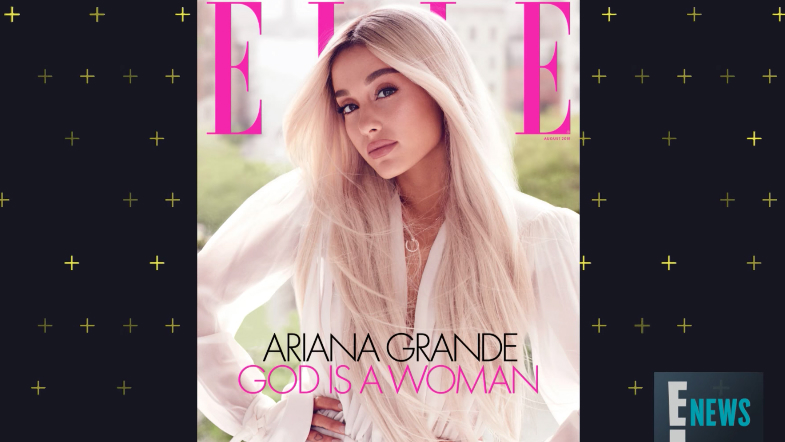