Separating children from their parents is wrong – including when they’re in the womb. But don’t expect actress and producer Lena Dunham to understand that. Dunham once publicly wished she had an abortion, so her moral compass isn’t exactly stellar.

Following reports of children taken from their parents after crossing the border illegally, Lena Dunham accused the pro-life movement of hypocrisy for caring about non-living children, but not “living children.” 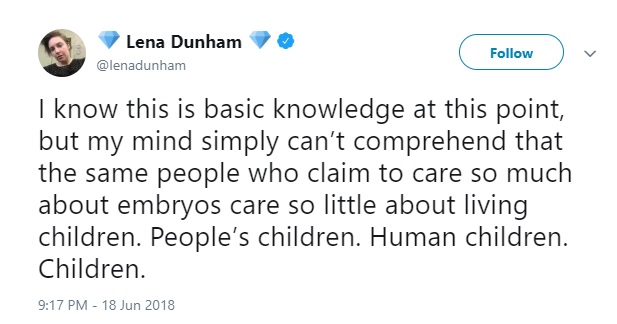 “I know this is basic knowledge at this point, but my mind simply can’t comprehend that the same people who claim to care so much about embryos care so little about living children,” she tweeted. “People’s children. Human children. Children.”

There are several problems with this, including: 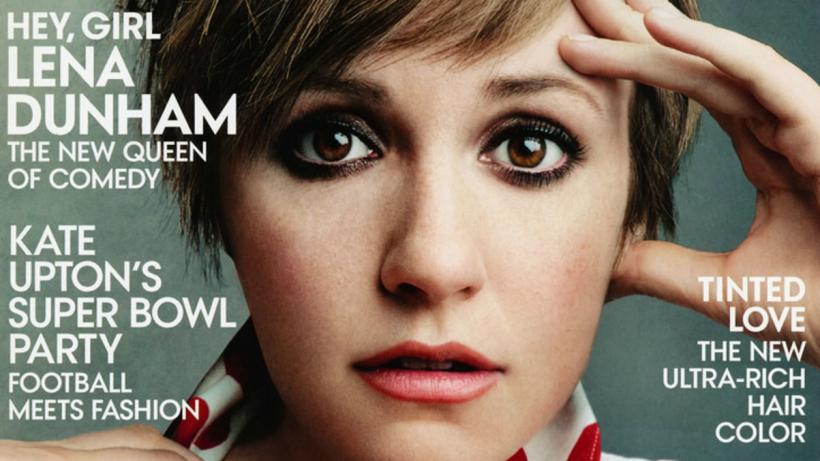 And she isn’t the only one to miss the double-standard. Several celebrities and feminist media have expressed similar sentiments, including Guardian columnist Jessica Valenti who suggested pro-life groups “don’t give a shit about actual babies.” Speaking of "actual babies," Valenti is a staunch abortion supporter herself – and claims conservative women aren't feminists if they don't back abortion. Way to support both born and unborn women.