Whether it’s in their phrasing or omissions, the networks aren’t backing down in their defense of America’s largest abortion provider. 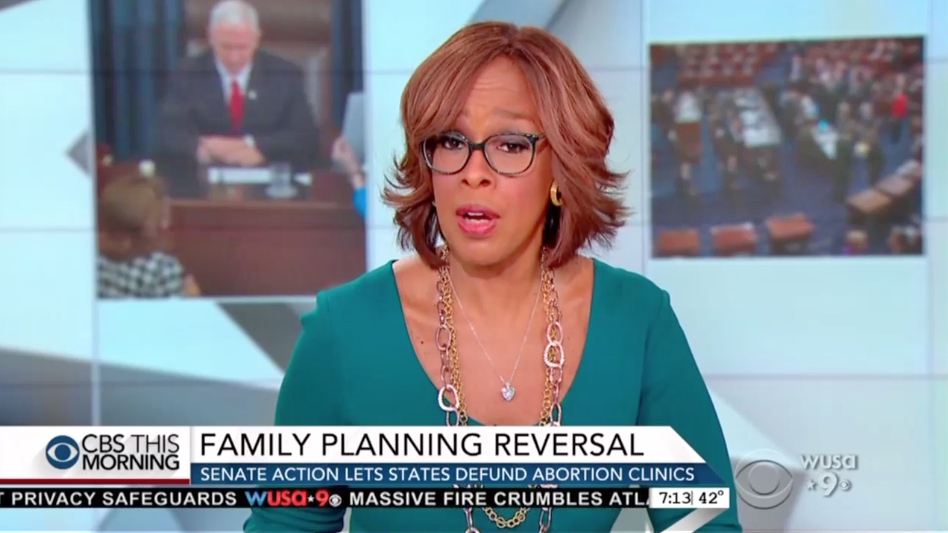 On Thursday, the U.S. Senate passed a bill empowering states to halt hundreds of millions in Title X federal funding from Planned Parenthood and other organizations that perform abortions. In their reporting, the anchors saw the development from the abortion giant’s perspective: a “major setback.”

Among the broadcast networks, ABC and NBC reported first on the Senate vote in their news shows.

Imagine if he had reversed his wording from a “major setback tonight for Planned Parenthood” to say a “major advancement tonight for the pro-life movement.” But such phrasing doesn’t exist in today’s liberal news-speak.

That same night, for NBC Nightly News, co-anchor Lester Holt also noted the “extremely close vote” on the “anti-abortion measure.” (Perhaps describing the measure instead as “against government funding for organizations that go against the conscience of Americans who say abortion destroys the unborn” would take too long.)

A step behind, CBS didn’t report the news until Friday.

During This Morning, CBS co-anchor Gayle King reported on the “bill allowing states to deny federal family planning money to Planned Parenthood and other abortion providers.”

“The president is expected to sign it,” she concluded. “There is already a ban on using federal funds for abortions.”

While federal funding for abortion is generally prohibited, the King failed to address the argument money is fungible, or that Planned Parenthood could offset costs with public funds to free up other resources for abortion. Another point highlighted by pro-life groups.