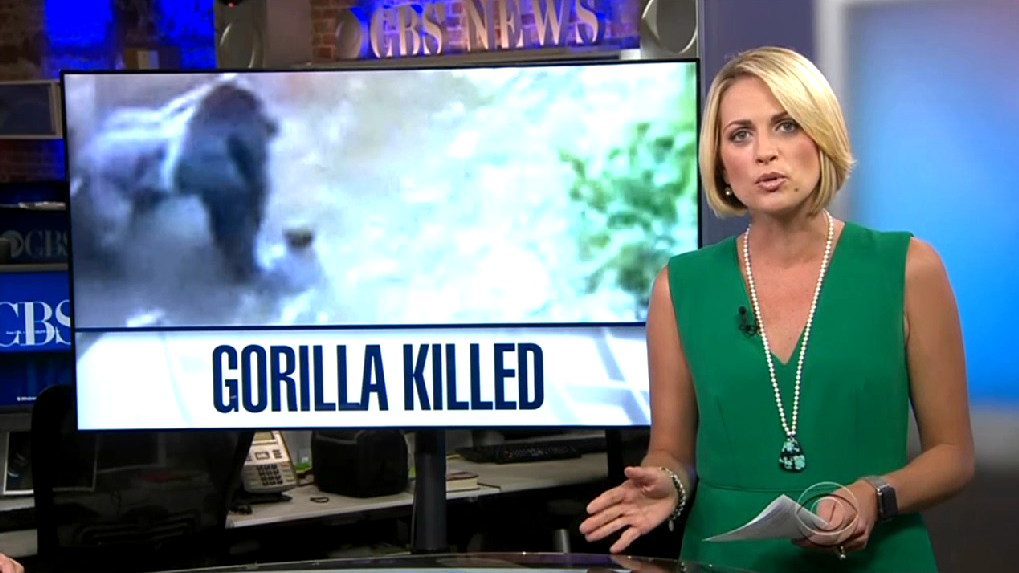 Over the long weekend, 69 citizens were shot across Chicago. At the same time, a gorilla named Harambe was shot after a toddler fell into the animal’s enclosure at the Cincinnati Zoo. ABC, CBS and NBC spent 54 times more on the death of one gorilla than they did on the shootings (and, in some cases, death) of human beings in Chicago.

Since the death of Harambe the gorilla on Saturday, the three networks have dedicated a total of 55 minutes and 7 seconds to the story during their morning and evening news shows.

CBS correspondent Jamie Yuccas described PETA’s statement “saying the gorilla enclosure should have been surrounded by a secondary barrier” and the uproar by animal activists during Weekend News on Sunday.  Anchor Elaine Quijano concluded that segment by commenting on the “terrifying images.”

In contrast, ABC and CBS offered just 1 minute, 1 second to the Chicago shootings. NBC couldn’t spare even one second.

Methodology: MRC Culture searched transcripts and watched the morning and evening news shows from ABC, CBS and NBC from Saturday evening (May 28) until Tuesday morning (May 31).