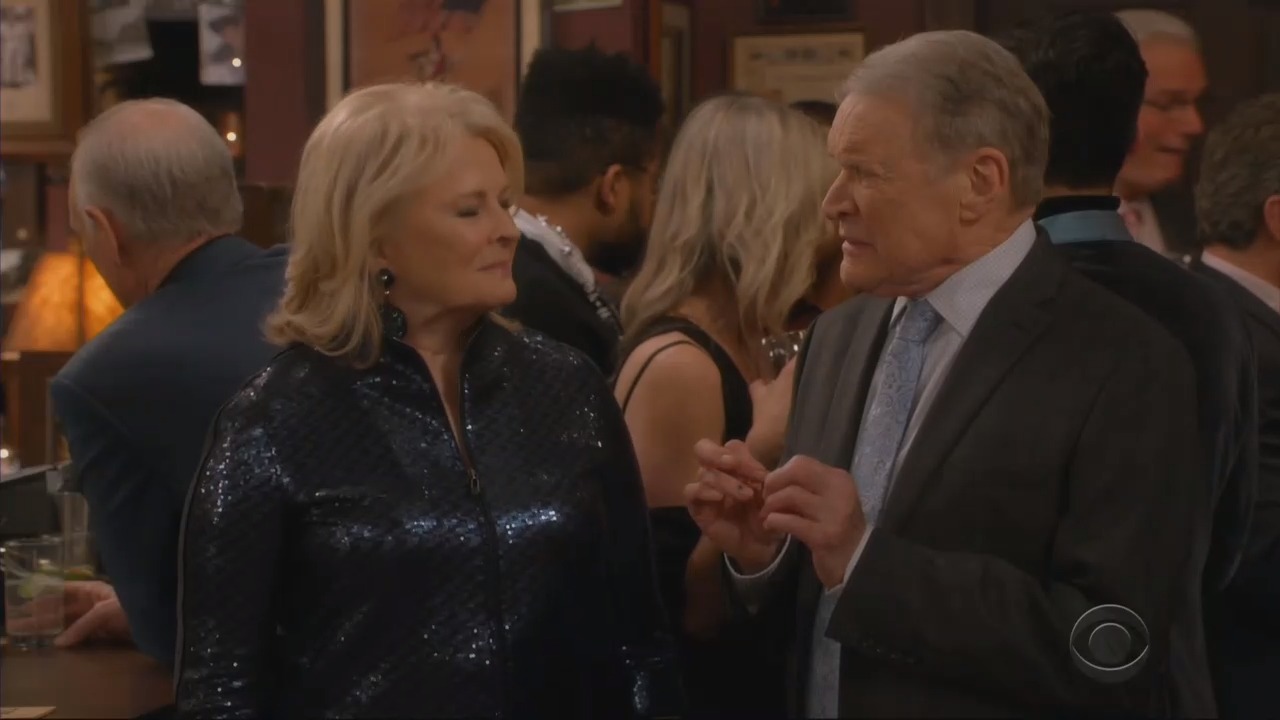 The season finale of Murphy Brown aired on CBS December 20 and the script included snarky remarks about Senator Ted Cruz and Vice President Mike Pence. Corky Sherwood wants to interview Pence and she maneuvers a way to ask him some questions in an unusual way, while Cruz gets a terrible insult randomly thrown his way.

In the episode titled “Happy New Year,” Phil’s Bar is celebrating its 100th anniversary at its annual New Year’s Eve party. Two real-life journalists make cameos during the party, NBC/MSNBC’s Andrea Mitchell and Lawrence O’Donnell. O’Donnell thanks Frank for his donation to a charity while complaining it was only 10 dollars. Then Mitchell speaks with Murphy and tells her how much Phil’s Bar means to her. Murphy responds, “I know -- you came here the night you broke the news that Dan Quayle was going to be Bush's running mate." And Mitchell says, “I broke the news. You broke the man.” Ugh. That is a reference to the unrelenting dragging Murphy Brown did to Quayle on his stance on unwed mothers back in the day.

Retired news anchor Jim Dial (Charles Kimbrough) notes how nice it is that people from both sides of the aisle are socializing and getting along at the party. Murphy says maybe there is hope for the country after all. Then Jim slides in the snark.

Jim: Slugger! I'm so pleased you decided to show up.

Murphy: Well, I didn't want to come at first, but now I'm glad I did.

Jim: Wonderful to see people of all stripes getting along.

Murphy: Yep. Maybe there's hope for this country after all.

Jim: Yes. If we could only learn to listen to each other with an open mind and an open heart. Unless it's to Ted Cruz. Man is a boil on the ass of humanity.

Ah, yes. Love and light for everyone except a conservative politician.

Corky Sherwood (Faith Ford) pitches the idea of an interview with Vice President Mike Pence to Murphy in the Morning’s producer and naturally Murphy Brown (Candice Bergen) has to add her own two cents. While Corky explains her angle for the interview – Pence’s policy of never meeting with women alone denies the female staff chances for advancement that the men have in private meetings  – Murphy makes a dig at Pence’s nickname for Mrs. Pence because he calls her "Mother." “What’s up with that?” Murphy asks.

Pence comes into Phil’s during the New Year’s Eve party surrounded by his Secret Service detail. Corky takes the opportunity to try and talk to him, only to be rebuffed by his security. Naturally, an agent says the most hyperbolic thing to keep Corky back as he tells her, “I don’t want to have to kill you on New Year’s Eve.”

Later Corky ambushes Pence in the restroom and occupies the stall next to his. She asks him about his policy as he sits in his stall.

Secret Serviceman: It's all clear in there, Mr. Vice President.

Corky: Vice President Pence? I'm Corky Sherwood from CNC. Why do you allow the male interns to work with you after hours but not the females? And are you aware that this practice is harming their careers?

Corky: I did it! I did it! I was alone with Mike Pence! I asked him a question! Women rule! Happy New Year!

Bathroom humor and two cable journalists was the gist of this episode. It’s rather easy to see why the show has such poor ratings. Maybe we’ll be lucky and this reboot will be tossed on the trash heap of failed comebacks.