'Chilling Adventures of Sabrina' Seeks to 'Topple the White Patriarchy' 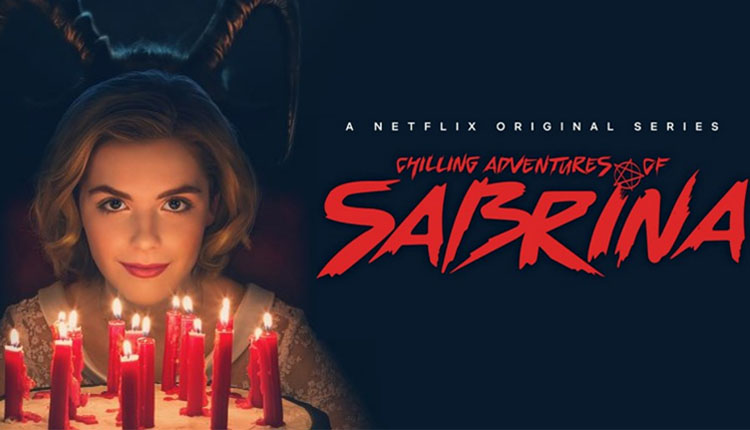 Let me just say right up front that I am very disappointed that there is no humorous talking cat in The Chilling Adventures of Sabrina. There is a black cat named Salem who serves as Sabrina’s familiar but he doesn’t talk. This new Netflix version of Sabrina is not the Sabrina the Teenage Witch of TGIF days past. It is not fun and light-hearted. It’s dark and cynical with a very heavy dose of fighting the male patriarchy through very anti-Christian means at the heart of the storyline.

Released October 26, just in time for Halloween, the first season is 10 one-hour episodes centered around the struggle of teenager Sabrina Spellman (Kiernan Shipka), a half-witch who must decide on her sixteenth birthday (Halloween) if she will become a full witch or remain in the mortal world. An orphan, her paternal aunts Zelda (Miranda Otto) and Hilda (Lucy Davis) took her in as a baby. Sabrina’s father was the High Priest of the Church of the Night at the time of his death.

Feminism and fighting the male patriarchy? Check. In “Chapter One: October Country,” Susie is bullied by some football players at school, Sabrina and her other best friend Roz (Jaz Sinclair) rise to Susie’s defense. The three of them form a club of young women to "topple the white patriarchy” and “to mobilize and protest if we need to get political, to fight when we need to fight, to defend each other." The club’s name? Woman’s Intersectional Cultural and Creative Association, or WICCA. They call themselves the She-Hawks. Get it? The series intertwines this kind of too on-the-nose references throughout the episodes.

Anti-Christian dialogue? Check. The very concept of witchcraft and the occult is anti-Christian, of course, and this is a theme throughout the witchcraft used in this series. In “Chapter Two: The Dark 13,” the current High Priest of the Church of the Night, Father Faustus Blackwood (Richard Coyle), tries to reason with Sabrina in order to convince her to go through with her dark baptism, the ceremony where she will sign The Book of the Beast and become a full witch. Satan, the Dark Lord, is the head of the Church of the Night. Blackwood describes him as “the embodiment of free will” and not evil. “Good, evil, those words matter to the False God, but the Dark Lord is beyond such precepts.” He tells her witches are exempt from Hell. Note that the God of mortals is the “False God."

In “Episode Eight: The Burial,” a satanic form of the Catholic sacrament of confession is introduced. Aunt Zelda is worried that her family is straying too far from the Dark Lord so she goes to Father Blackwood for ‘Satan confession.’ This eventually results in the two of them having sex because his wife is denying him. Ugh.

There’s even an appearance of Daniel Webster in this series. Yes, THAT Daniel Webster! Played by veteran actor John Rubenstein, he is a resident of Greendale and called upon to represent Sabrina during her trial in the Court of the Witches in “Episode Three: The Trial.” Sabrina learns that Webster was taught witch law by her father. I told you this stuff is really on-the-nose. She’s charged with Breach of Promise when she backs out of signing the Book of the Beast. She’s unwilling to give up her freedom and not ready to commit to living as a witch. Anyway, Sabrina makes a deal and agrees to reconsider signing the book and to also attend the Academy of the Unseen Arts, the witch academy.

Towards the end of the series, Ms. Wardwell (Michelle Gomez), a teacher at Baxter High School, the mortal school Sabrina attends, is revealed as Lilith, the first wife of Adam and the Mother of Demons. She calls herself Madam Satan, sent to groom Sabrina as Satan’s foot soldier. Throughout the episodes, she has helped Sabrina with spells and incantations when needed and there is an underlying narrative that she is evil. In the final episode, “Episode Ten: The Witching Hour,” Wardwell holds the high school’s principal hostage and reveals herself to him. She explains that when she delivers Sabrina to the Dark Lord as her replacement foot soldier, she’ll receive the title of Queen of Hell. Then she kills him, of course.

While this series dwells on the struggle Sabrina has straddling the mortal and witch worlds, she does end up going to the dark side. She gives up her freedom for the power of helping her loved ones with witchcraft. She reasons that it is necessary to protect others. Her’s is a good life with a mortal boyfriend who is a big reason for her hesitance to sign on to the whole witch life. She loves her girlfriends, too, and doesn’t want to leave them. But, her mortal side is played as weak and gives into the evil.

All in all, this show plays a lot like many other teen CW shows. While it is a product from the creators the Riverdale series, the only similarity is that it takes the old Archie Comics and creates a dark world for the characters in modern times. This is nothing like the old TV series and that’s a shame. This reincarnation, if you will, is a horror show heavy on feminist tropes about the patriarchy and women as perpetual victims. I guess that is what is to be expected in the age of #MeToo but a bit more creativity would have been nice.