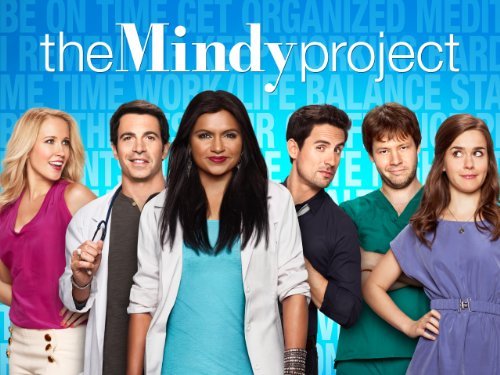 Hulu’s The Mindy Project randomly peppered its latest episode "Mindy's Best Friend" with names from the political universe as if some of them were known personally. Throughout the half hour show, famous political figures were name-dropped no less than 7 times.

The show was centered on a visit from Mindy’s (Mindy Kaling) childhood best friend, Elena (Casey Wilson), who has been living in Germany for the last ten years and now is considering a move back to New York City – “New York is getting cool again now that [Mayor Bill] De Blasio is letting it go to crap” and she expresses hope that the racial strife will produce lower rents due to white flight. Ouch.

Elena is interested in going out with Nurse Morgan (Ike Barinholtz) but Mindy frets that she can make a better choice than him. At the dinner party set up by Mindy to introduce Elena to some of her friends, fellow physician Jody (Garret Dillahunt) chats with Elena. He says his big news is that he recently went on a date with Huma Abedin, but "she said that I was the worst guy she ever met. Can you imagine that?” Well, no, given that Huma was married to disgraced Congressman Anthony Weiner. Jody went on to deliver a zinger when he realized Elena had been out of the country for 10 years. “Let me catch you up – we no longer go into space, anything can marry anything and it’s illegal to be a white man.” Yes. That sums it up nicely.

Cory Booker stopped by the party, according to Mindy, and she said she was surprised he did – “Anything to get out of Newark, I guess.”

The office is rife with gossip and one tidbit dropped by Mindy’s assistant, Tamra (Xosha Roquemore) – “I still believe John Kerry was a bad soldier in Vietnam and I started that rumor” - surely brought a grin to those less than impressed with Kerry’s war behavior like the Swift Boat Veterans. Winter Soldier hearings, anyone? I am married to a Vietnam veteran, so it caught my attention.

Tamra went on to gossip that Dr. Reed was going to be deported. She fibbed that he got caught “trying to marry one of the Trump daughters for a green card.”

After a couple of days, Mindy asked Elena if she wanted to play the field a bit instead of continuing to only date Morgan. She says, “You haven’t even been in town long enough for Anthony Weiner to hit on you.” Elena responded that yes, he had already hit on her.

At the end of the episode, Mindy is talking to Ben (Bryan Greenberg) about how lucky she is to be engaged to him. She listed some of his good qualities and Ben interrupted by adding, “I convinced you that Hillary isn’t a Muslim.” Mindy said, “Well…” Lol!

Normally, this is a show filled with one-liners and sometimes crude language and punch lines. This random offering of political names was odd, though amusing. After last week’s show on white privilege, perhaps this was just a normal progression for today’s political climate.