Fox’s ’24: Legacy’ Slanders Veterans and Police as Unstable and Racist 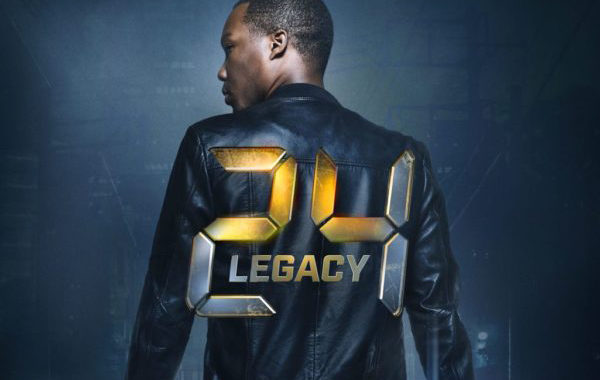 We are now two episodes into the Jack Bauer-less return of Fox’s 24, now titled 24: Legacy, and a nasty little trend has begun of showing our military heroes as men unable to function back in normal society.

The season began with a special two night premiere on Sunday and Monday with terrorists targeting the U.S. Army Rangers who took out fictional Muslim extremist bad guy Ibrahim Bin-Khalid. The terrorists are looking for a strong box recovered by the Rangers in the raid because it contains a list of the sleeper cell codes to pull off a big terrorist attack in America.

Four other members of the Ranger unit and their families have been killed by the time the terrorists raid our hero Eric Carter’s (Corey Hawkins) home. Carter doesn’t have the strong box and knows the only other survivor from the unit, Ben Grimes (Charlie Hofheimer), must have taken it. Grimes is suffering from PTSD and is homeless, addicted to drugs, and blames the government for his situation.

It would be one thing if the show was trying to bring attention to the plight of homeless vets or PTSD, but instead it caricatures them and shows every single vet on the show as broken in some way. Even in small scenes, such as when we see a group of homeless veterans hanging out under an overpass, complete with garbage drum fire. When Carter goes to ask one of them if they saw Ben, the Marine just stares at him bug-eyed and slack-jawed and the camera zooms in on his dumbfounded expression. Totally unnecessary.

Even Carter is shown as feeling out of place and out of sync with his wife as he works security for wealthy clients. His wife is worried about him and says that he hasn’t been right ever since he came back. It is implied she wants to put off having a baby because of it.

But Grimes is the worst. After defending our country for years, now he is ready to betray it and sell out to terrorists. He demands $2 million dollars from Carter in exchange for not giving up the list to the terrorists. How disgusting is that? Portraying a Ranger hero as a money-grubbing victim looking for restitution for his problems, even at the expense of American lives.

Eric Carter: Ben, talk to me, man.
Ben Grimes:  I want $2 million. Not enough for what I've been through, but it's the most I can carry.
Eric: Ben, you know I can't ask the government for that kind of money. This is not an official operation.
Ben: It's not my problem. You get me the money or I call Bin-Khalid's men. I took one of their phones at the construction site.
Eric: Please, man, listen, you're strung out and you're not thinking straight.
Ben: Eric, I've never been more clear in my life. Show up at the 7th Street metro station with my money in one hour.
Eric:  An hour? Ben, you got to give me more time.
Ben: For the government to find me? No, you show up on time with the money, you get the list. If any of those things don't happen, Eric, I will sell the list to Bin-Khalid's people. Period.
Eric:  Ben!

In desperation, Carter decides his only option to get that much cash quickly is to get himself arrested and steal the money from the evidence locker at the police department after a big drug bust. When he tells Rebecca (Miranda Otto), the former head of CTU now helping him, his plan to get arrested she is rightfully incredulous. He tells her it will be easy for him to do – “Look, I'm a black man standing on the corner at 3rd and Decatur. Trust me, it won't be that hard.”

Then along comes the racist police officer ready to rough him up. Really?

Rebecca: You're gonna let them arrest you?
Eric Carter: Look, I'm a black man standing on the corner at 3rd and Decatur. Trust me, it won't be that hard.
Just be ready to take care of the security cameras, okay? I'll call you when I'm inside.
Rebecca: Carter?
Policeman Paul: Drop the bag. Where the hell you going?
Carter: Just walking.
Paul: Yeah? How about you walk over there and put your hands on the wall?
Police 2: Whoa, whoa, Paul, Paul, come on, easy.
Paul: Pat him down.
Police 2: Hey, come on, you're gonna break his arm.
Paul: I said pat him down.

The liberal critics have already expressed displeasure that the bad guys are radical Islamists. Funny, though, there haven’t been any objections to how our military veteran heroes are portrayed. Hollywood and its critics are so predictable. They don’t want to insult the radicals in the Muslim world but it’s no problem to slam the good guys.