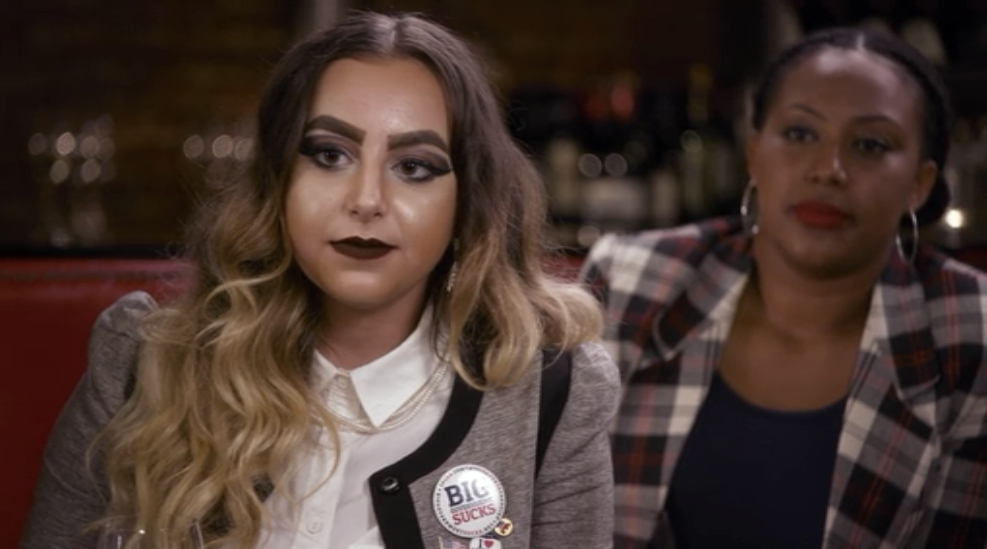 The focus group was comprised of several liberal Hillary supporters and one conservative. The conservative woman’s face was made up in an exaggerated way but she held her own and wore a “Big Government Sucks” button on her jacket lapel – shout out to Turning Point USA! The women gulped their wine every time the conservative answered a question. When she refused to play the game “Marry, F**k, Kill” using Hillary, Bernie, and Trump, she was told she was “no fun.”

At the end of the segment, the Armenian woman asked if they would vote for a woman based solely on her being a woman. The conservative said only if the woman aligned with her values and was qualified. Needless to say, the liberal women had no such standards. She was asked, “Do you hate women?” and the Armenian woman told her, “Don’t vote.” Yeah.

Speaking of big government, Nancy Pelosi was up next. She declared that the “Speaker of the House has awesome power” and went on to criticize current Speaker Paul Ryan, a Republican, for not using his awesome power to push through the Democrat agenda. She lamented, “He just won’t bring it,” when she rattled off gun control and immigration reform as her agenda. In a bit of irony, Pelosi vouched for the awesome power of President Obama’s Executive Orders and praised his use of it for immigration. She noted that Republicans “took him to court” on that stunt, which just today proved he misuses that awesome power. The Supreme Court ruled against Obama on that case. Oops.