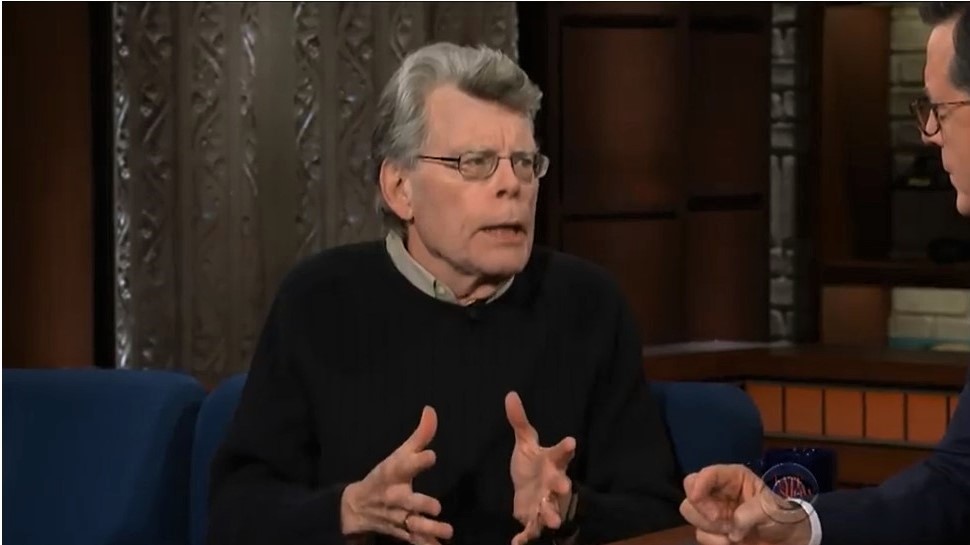 According to Twitchy, the dispute was sparked by a King tweet likening the Chernobyl nuclear disaster, as portrayed in the HBO docudrama, to President Trump:

It's impossible to watch HBO's CHERNOBYL without thinking of Donald Trump; like those in charge of the doomed Russian reactor, he's a man of mediocre intelligence in charge of great power--economic, global--that he does not understand.

As a horror writer, King is famous for writing stories that scare the living daylights out of people. But the author has also made a boogeyman out of President Trump, claiming in the past that he will steer the country into a dictatorship. It seems King’s making up a new story in his head about a fictional American dictator who will lead the country into a nuclear disaster similar to one HBO is currently chronicling that caused $235 billion in damages, directly affected 2 million people, and made an entire area inhospitable for 20,000 years.

King's tweet got the attention of Chernobyl creator Mazin who expressed pleasure that King was not only watching, but "smartly watching."

Meanwhile, the absurdity of King’s Trump comparison was pointed out by Bongino, who tweeted, “Why do Hollywood elitists continue to publicly humiliate themselves on twitter? Chernobyl was a failure of socialism (where the govt controls the means of production), the exact opposite of the Trump deregulation and tax cut agenda.”

Bongino’s response should be obvious to anyone with even a cursory understanding of modern political history. Socialist inefficiencies cause entire economies to meltdown. Just take a look at Venezuela. When watching Chernobyl, instead of thinking of Trump, King should think of Venezuelan President Nicolás Maduro, who has led his oil-rich country into total collapse, if he's looking for a present-day example.

However, those on the Left hate confronting the harsh reality of socialism, which is exactly why the Chernobyl show creator was upset by Bongino’s tweet. Mazin directly responded to Bongino, tweeting:

Chernobyl was a failure of humans whose loyalty to (or fear of) a broken governing party overruled their sense of decency and rationality. You’re the old man with the cane. You just worship a different man’s portrait.

“The old man with the cane” that Mazin referred to is an uncompromising Soviet official who appears on the show. In one episode, the official points at a portrait of Lenin and demands loyalty, something that Mazin accused Bongino of doing with Trump. For people like Mazin, not only is Trump “literally Hitler,” he is also “literally Lenin.”

Bongino dropped the final bomb when he tweeted, "Only a clueless Hollywood elitist could produce a historically accurate series such as 'Chernobyl' and come away with the message that socialism wasn’t the issue." Boom!