The National Basketball Association (NBA) is run by idiots. 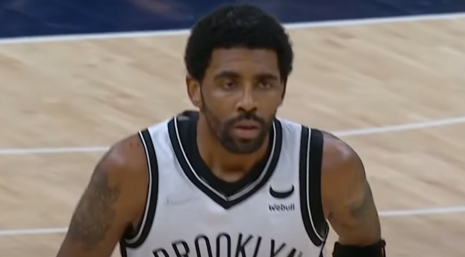 The league released a memo stating that all unvaccinated players and team personnel will have to undergo weekly testing, although there is some nuance to the mandate. The announcement tracks with what commissioner Adam Silver said at a meeting in July in which he expected the league to do before the season kicks off in October.

“It looks like we’ll be on our normal track in terms of when the season starts, in terms of our protocols around the game, particularly around the health and safety of our players,” Silver said at the NBA’s Board of Governors meeting in mid-July. “I have learned over the last 2 1/2 years not to make any predictions when it comes to COVID, but only to say we’ll be prepared for anything that comes our way.”

Anything, that is, except for the Center for Disease Control’s (CDC) announcement earlier this month.

Despite lying to the American public for nearly three years about the “benefits” of getting vaccinated and the “risk” of not doing so, the CDC announced that there is no difference between unvaccinated and vaccinated individuals with regard to the coronavirus.

The CDC has now ended all different treatments for vaccinated and unvaccinated people. So why in the world isn’t everyone who refused the covid shot being rehired with back pay? pic.twitter.com/2CLDCGr68B

So even if the CDC, which spewed lies and falsehood more than Steph Curry makes threes, admits that their research was wrong, why would the NBA still require testing for unvaccinated employees?

It’s likely because they are fans of shaming and punishing people who do not line up with their beliefs. As Outkick’s Ian Miller wrote, “It purely seems like residual punishment for (players) defying what the league wants.”

Mind you, this is the same league that made Kyrie Irving an outcast because he did not want to get vaccinated, and that ridiculed anyone who did not hop on board with the social justice bandwagon they unashamedly support. So it makes sense that the league would take this step even though there is absolutely no need for it anymore.

It’s commonplace for the NBA to make stupid decisions these days, but even this is quite ridiculous for a league led by morons.