As we wait for the Brittney Griner situation to reach its drawn-out conclusion, President Joe Biden has proposed a moved to get Griner out of Russia … but at a terrible cost. 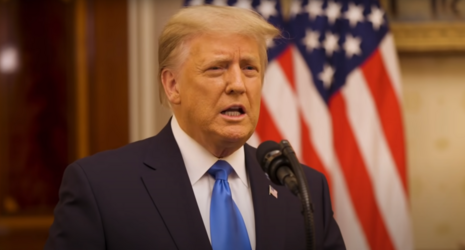 White House national security spokesperson John Kirby has confirmed that Biden has signed off on a plan to potentially swap Griner and corporate security executive Paul Whelan for Russian arms dealer Viktor Bout, who is currently serving a 25-year prison sentence in the U.S.

“The president and his team are willing to take extraordinary steps to bring them home,” Kirby said. “We believe it’s important for the American people to know how hard President Biden is working to get Brittney Griner and Paul Whelan home.”

Bout isn’t some low-tier player in the arms dealing world, he was formerly once one of it’s most dangerous and powerful operatives.

A former Soviet Union pilot, Bout began his career as one of the most powerful kingpins in the arms world by seizing vast stores of firearms left from the collapsing USSR in the 1990s. By 2006 he was seen as the world’s biggest arms dealer, and was so cunning and destructive he earned the nickname, “The Merchant of Death.” His weapons were primarily used to sustain wars in South America and Africa.

Any sane individual would see this deal and think, “I’m all for freeing American citizens, but we cannot let Bout go free.” Former President Donald Trump basically said the same thing when he went on the Clay Travis and Buck Sexton Show.

Trump called WNBA star Brittney Griner, “spoiled,” and implied he wouldn’t have made the deal to get her out of prison in Russia. pic.twitter.com/NYcT5e2Kxd

Releasing one of the world’s leading arms dealing kingpins is not the way to solve this situation. He would immediately go back to unleashing chaos on the world and affecting millions of lives in dreadful ways.

The fact that Biden would even remotely consider this a viable course of action is unsurprising, but supremely discouraging and highly frightening.