Jackie Robinson broke the MLB color barrier in 1946 and there has been no institutional impediment to African Americans playing in the big leagues ever since. But as always, there are still plenty of people that think there's more to be done in the name of "inclusivity." 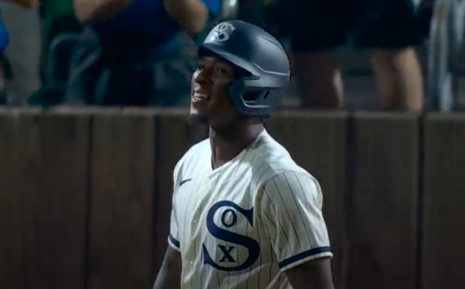 According to ESPN, the Chicago White Sox boast the only black shortstop and second baseman combination (a.k.a. double-play combination) in baseball, with Tim Anderson at shortstop and Josh Harrison at second. No one besides the race-obsessed media company really cared, because most people don't look at the league's middle-infield pairings and think, "I wish there were more all-black duos."

Anyway, ESPN still pounced on the story and used it as an excuse to rip on the MLB's supposed "lack of diversity." Apparently, only 7.2 percent of players on opening day rosters this year were black (again, not that a lot of people care), and Anderson highlighted how this combination could be a good example of diversity for the next-generation of players.

"I think African American people will really appreciate it. What are the chances of that happening?," Anderson said. "Two Black guys being the everyday up the middle combo. It's definitely dope and definitely cool for younger kids to see that."

While it is noble that Anderson might want to set a good example for the next generation of players, the overarching tone of the article and the placement of this quote reeks of a load of race-baiting content that everyone should ignore.

The MLB is far from being a racist league, with Hispanic players like Manny Machado, black players like Anderson, and Asian players like Shohei Ohtani currently dominating the league and representing it well on a global level. Many franchises also hold pride nights (if you care about that sort of thing), and the league dedicates an entire day to honor the legacy of Jackie Robinson. While diversity for the sake of diversity does not automatically make the league better, the sheer amount of things the MLB does to be inclusive is daunting.

But that's not what ESPN wants to see. And frankly, they do not want you to see it either.