In case you missed it, yesterday was Trans Day of Visibility (I know you’re probably losing sleep over not realizing how special yesterday was - wink). 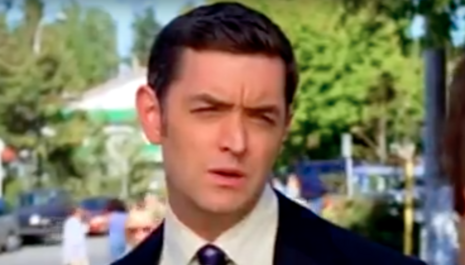 As if transgender people don’t already dominate the news cycle enough, one actor in particular made an extra-concerted effort to make sure transgender kids feel special.

Timothy Omudson, perhaps best known for his role as Detective Carlton Lassiter in TV's "Psych," posted on Instagram what was supposed to be a heartwarming message for transgender people...but the wording of the caption was a little ironic.

Why is there a need to make it seem like trans kids are victims and to let them know that “there are a lot more people out here who support you than oppose you”? We all know that is true.

The NCAA is letting a biological man compete in women’s swimming. Disney is not even hiding the fact that they want to shove the gay agenda down your (and your children's) throats. School boards everywhere are rising up to combat Florida’s anti-grooming bill. And America fawns over this agenda and its proponents, despite the fact that LGTBQIA+ people make up less than six percent of America’s population.

Furthermore, just because some states like Florida and Oklahoma are drawing a line in the sand on this issue and standing for logic rather than reason does not mean that trans kids are somehow persecuted, and any attempt to spin the narrative otherwise is a lie.

But don’t worry, you’ll likely keep seeing Omudson and his friends continuing to make trans kids visible for quite a while.