Economic sanctions aren't precise weapons, and their collateral damage can be far reaching. 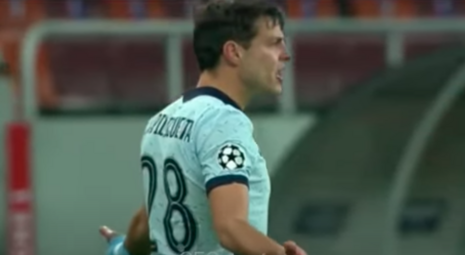 English Premier League squad Chelsea F.C., which is currently owned by Russian oligarch Roman Abramovich (although it is up for sale), has been frozen as an asset of Abramovich’s by the U.K. government. Additionally, a heavy list of sanctions and regulations have been stacked against the Blues according to ESPN, including the following:

Furthermore, Chelsea is currently unable to negotiate any contract extensions with players, which might be the most detrimental setback to the club. Three stalwarts of the team who have been foundational to their recent run of success --  Antonio Rudiger, Andreas Christensen and captain Cesar Azpilicueta -- all have contracts that expire at the end of the season.

To make matters worse, Chelsea’s uniform sponsor Three is reviewing their agreement with the club, which is said to expire in 2023.

All of this is happening because, according to the U.K. government, Abramovich holds significant stock in a Russian steel company called Evraz PLC, which potentially has been providing supplies that helped support the Russian invasion of Ukraine:

“Evraz PLC is or has been involved in providing financial services, or making available funds, economic resources, goods or technology that could contribute to destabilising Ukraine or undermining or threatening the territorial integrity, sovereignty or independence of Ukraine – which includes potentially supplying steel to the Russian military which may have been used in the production of tanks,” the U.K. government said in a statement.

So basically, a soccer team that had nothing to do with Abramovich's potentially shady business dealings or status within Russia now has their traveling funds slashed, their revenue stream strangled, and the ability to keep their players under contract stripped from them. This begs a question: how much of this is a serious attempt to hold Putin and his cronies to account and how much is simple cancel culture?

In this particular case, no one within the Chelsea organization has supported the war or condoned Russia’s actions, and yet everyone in Chelsea’s camp is suffering major consequences -- right down to the fans.

We cannot erase people and rob them of their livelihoods because of something others have done. An unfortunate consequence of the cancel culture mentality is that people can be made to suffer for something they had no part in doing. If we continue to embrace this way of thinking, more and more people are going to suffer unjustly and have their lives radically changed.