The ostracism of a Russian presence from sports leagues continues. 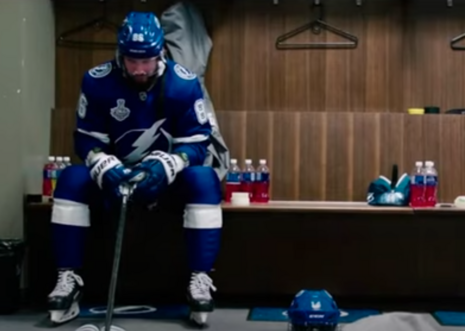 On Monday, the NHL announced they cut ties with the Kontinental Hockey League (KHL), a professional hockey league based in Russia, making it nearly impossible for the NHL to sign anyone playing in that league.

This comes after an announcement made last week in which, according to ESPN, the NHL severed ties “with business partners in Russia and pausing Russian-language social and digital media sites -- including terminating the NHL's Russian broadcast agreement.”

Unfortunately, Russian businesses have not been the only ones to suffer because their globally ambitious government decided to launch an invasion.

At the start of the 2021-2022 NHL season, five percent of all players on opening day rosters were Russian. That's not a lot, but it seems many of these athletes have received an unjust amount of abuse and ridicule in recent weeks.

Thanks to the invasion, Russian and Belarusian-born hockey players who play in both the NHL and other professional and amateur leagues in North America have received numerous discriminatory comments based solely on their origin. Calgary Flames defenseman Nikita Zadorov posted a “No War” message to his Instagram on Friday, and has received unnecessary backlash as a result. Likewise, another unnamed NHL player had a similar experience after his wife posted a picture of their child on Instagram. This player said that after the wife put the pictures online, she received direct messages saying that she had "Nazi kids."

Dan Milstein, an agent who represents more than 75% of all Russian and Belarusian players in the NHL, spoke out in support of his clients, calling for people to “stop viewing them (the players) as aggressors.”

Ironically, Milstein was born in Kyiv and immigrated to the United States as a 16-year-old political refugee. If anyone had a right to hold a grudge against Russians for invading his homeland, it would be Milstein.

He is calling for people to not revert to aggressively hating Russian players.

My own childhood home is being bombed as I speak to my friends back home. I haven't slept in six days because this is such a difficult time. But people are picking on the wrong crowd. I can speak on behalf of my clients: They want world peace like everybody else. They're not being treated like that.

"People need to be aware that this is going on," Milstein said. "This is racism, and it needs to stop."

While the sports world was right to remove numerous international competitions from taking place in Russia, this level of hatred towards the players specifically is way out of line. The majority of these players and organizations (like the KHL) do not support Putin’s actions and have no power over their leaders or what they decide to do. As long as they do not post “Down With Ukraine” messages on social media or say anything that would imply that they are happy with what is going on, they should not receive this level of hatred.

Milstein is right: we are seeing racism unfold before our eyes and it needs to stop immediately.