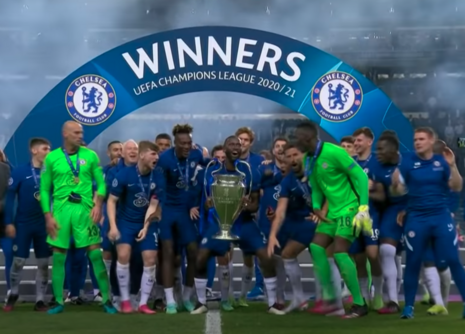 The 2022 Champions League final was scheduled to take place in Saint Petersburg, Russia, on May 28. But Russia’s increased bellicosity may force the game to move.

After Russia sent troops into eastern Ukraine, UEFA is already considering other hosting options for the tournament’s title game. The move comes shortly after the UK government and the European Union have stated their readiness to impose sanctions on Russia after Russian President Valdimir Putin’s declaration that Ukrainian regions Donetsk and Luhansk are independent.

British Prime Minister Boris Johnson said what most other people are thinking: a country that is openly at war should not be hosting a major sporting event.

"I think it is inconceivable that major international football tournaments can take place in Russia after ... the invasion of a sovereign country,” Johnson said.

Frankly, major international sporting events should not be taking place in any country that openly opposes Western culture, either.

Russia is a ruthless nation with regional and global ambitions, and giving it the PR and revenue boost through hosting major events is senseless.

This would not be the first time in recent memory that the location for European soccer’s most prestigious tournament would be changed. Saint Petersburg was originally slated to host the 2021 final, but thanks to the COVID-19 pandemic, the final was moved to Porto, Portugal.

Hopefully, UEFA will change the location of the title game, regardless of how the conflict with Ukraine unfolds. That would be more nerve than President Biden had when he had the choice to boycott the 2022 Winter Olympics, but chose not to.