Before the Winter Olympics closed on Sunday, China and the IOC had attempted to shut down all attempts to discuss any of the political and cultural controversies that surrounded the host nation. But they could not dodge the questions forever, and they had to face plenty at the final scheduled press conference for the Games on Thursday. 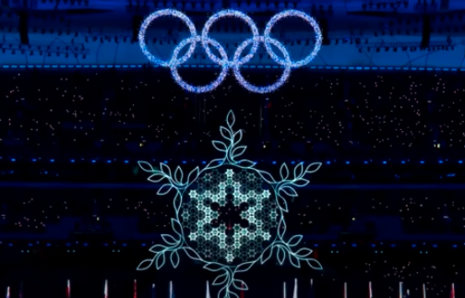 However, the conference appeared to be a setup before it even started. IOC Spokesperson Mark Adams allowed Beijing 2022 Spokesperson Yan Jiarong to deflect from having to answer questions about the Uyghur genocide, women’s doubles tennis star Peng Shuai, of Taiwan’s reported attempt to skip attending the opening ceremony.

The Associated Press reported that Yan said China did not try to politicize the games and made no attempt to address the questions directly.

“What I want to say is that there is only one China in the world," organizing committee spokeswoman Yan Jiarong said, calling it "a solemn position" for China. She referred to other assertions about China's treatment of Uyghurs and living conditions in the northwestern region of Xinjiang as "based on lies.’ ... "We are always against the idea of politicizing the Olympic Games,” she added.

That’s a load of nonsense.

If China were truly against politicizing the Games, then they would have not pulled off one of the most shameless acts of defiance and arrogance at any sporting event in recent memory.

To close out the opening ceremony, China sent two Uyghur athletes to light the Olympic cauldron. These are the same people that China wants to erase from the planet, and yet the Chinese government has the nerve to have them perform that duty like nothing ever happened.

Not only that, but then they lie about ever committing genocide! Is anyone else infuriated by this? Can we please start to fearlessly push back against the authoritarian government and hold them accountable for the wrongs they have committed?

We can not afford to be silent on this any longer.