Paris Saint-German soccer megastar Lionel Messi tested positive for COVID-19 on Sunday, and the whole world is looking for someone to blame. Unfortunately, a disc jockey was chosen to be the scapegoat for Messi’s ailment and has received death threats for potentially giving Messi the virus. 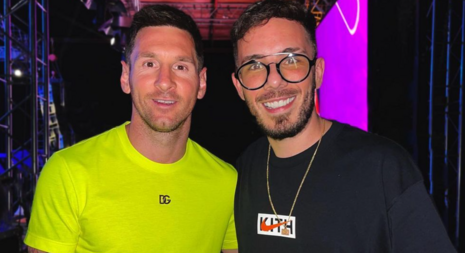 DJ Fer Palacio got his photograph taken with the soccer legend on December 27 at an event in Rosario, Argentina, and then Messi tested positive five days later. Because Messi has such a dedicated (and sometimes delusional) fanbase, Palacio quickly became the object of wrath for the Messi mob.

However, many of those who accused Palacio of being a “murderer” (yes, some people have been crazy enough to call him that) will live to regret their hasty and irrational words. Palacio revealed that he tested negative for COVID on a trip he took to Uruguay (he took the test on January 2).

“I am (trending) on Twitter because Messi tested positive for COVID-19. They (say) that I infected him,” Palacio said. “They have even called me ‘murderer.’ I have a lot of very bad (direct) messages. Yesterday, I was tested because I have to travel to Uruguay and I do not have COVID-19.”

Palacio tweeted the results of his test to add credibility to his claim:

It truly takes an idiotic individual to cry for someone’s head over potentially giving someone a non-life-threatening sickness. There is absolutely no way to prove Palacio was the man who gave Messi COVID; after all, Messi was spending the holidays in Argentina and was around hundreds of people in that time frame, and any one of them could have been the culprit.

And even it could be unequivocally proven that Palacio gave Messi COVID, does it really matter? Both those men took a risk by being around each other and others at that event, and Messi just so happened to be the one to get sick. Messi will have the resources to make a speedy recovery, and life will continue as normal.

In the meantime, let’s dial back the death threats towards Palacio and hope for a quick recovery for Messi.