Most headlines surrounding Brooklyn Nets guard Kyrie Irving involve some sort of drama, and this past week is no different. 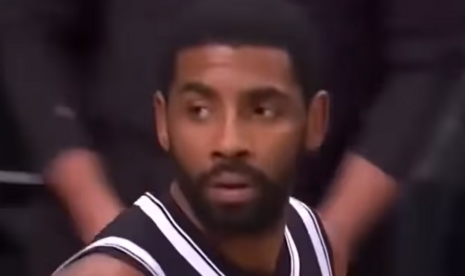 The Nets have decided to bring back Irving, one of the few unvaccinated players in the NBA, back to the team roster when they play away games. He is not available to play in games in Brooklyn, because while the NBA does not have a league-wide vaccine mandate, they did release a memo in September that requires players to comply with the mandates of their home cities.

Since Brooklyn requires citizens to be vaccinated to go to events with large numbers of people, Irving was rendered ineligible to play in Brooklyn by Nets general manager Sean Marks before the start of the season. But thanks to a COVID outbreak within the NBA in which numerous players have been placed on COVID reserve, the Nets had no option but to bring Irving back (the Nets had 10 players on their COVID list as of Saturday despite being fully vaccinated).

Naturally, this elicited impassioned responses from Stephen A. Smith and Skip Bayless, both of whom characterized the move by the Nets as “shameful.”

Stephen A. is pretty fed up with Kyrie Irving.https://t.co/0gjgL8vZSz

“The crushing irony of this whole development is he betrayed this team over Covid and they crawled back to him because of Covid,” Bayless said on Undisputed. “The very thing he refused to protect himself and his team against, has now wrecked the whole basketball team to the point they said ‘we got no other choice, we gotta ask him to come back’…he will be an enormous threat to their team.”

Stephen’s take actually makes a good amount of sense, Irving is a toxic addition to pretty much any team he’s on. But Bayless’ opinion is completely irrational.

If COVID is transmissible even amongst vaccinated players, adding someone who many think will be more likely to spread COVID will not make the situation any worse than it already is (the Nets have already had to postpone three games due to their roster shortages). Plus, it at the very least shows that the Net’s strategy of exiling unvaccinated players from the team will not work and that trusting the vaccine to eliminate COVID cases is a bogus plan as well.

How this situation unfolds remains to be seen, but for now, it seems like Irving, who was widely criticized by sports talking heads and writers alike, will get the last laugh.