Women being involved in men’s sports has always been a touchy subject: should women be given opportunities coach men or be making top-tier organizational decisions? Or should it be run and operated by men only? 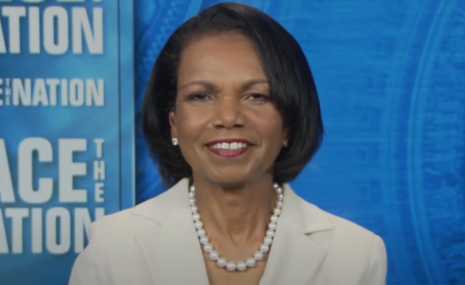 Not surprisingly, former United States Secretary of State and flaming progressive Condoleezza Rice said on ESPN’s Manning Cast on Monday Night Football that she thinks there should be more women coaching in the NFL:

“I think the next breakthrough is to see if women can find their way into position coaches because if you’re a position coach you’ve got a shot then at coordinator … It’s high time because I don’t think you need to have played this game ... to coach it well.”

While most might applaud Rice for being a “champion of women’s rights” for her take on this issue, those with functioning brain cells should hear this and find a reason for worry.

Football is a game that was designed for men and ruthlessly demands some of the unique qualities that separate men from women: physical strength, brute toughness, and a willingness to win a game with gladiator-like dedication and intensity. Women generally are not created in this way, which is why there are no women playing in the NFL.

Naturally, it would make more sense if men coached men in these areas since studies would suggest that athletes and coaches generally respond and communicate better when both groups are the same gender.

But as always, the Left will not leave any stone unturned in the fight for “equality.” There are already 12 female assistant coaches in the NFL, and with how woke the NFL has gone, it would not be unthinkable to see a woman position coach, coordinator, or head coach in the near future.

The Left’s philosophy on the intersection of the genders in sports always corrupts the integrity of any given sport. We’ve seen how men who “transition” to being women hijack and destroy athletic opportunities for real women, and now we could easily see the same philosophy begin to erode the quality of the NFL experience for those in the organization and for the fans.

Let it be known that I am not against women in the workplace. But there are certain areas where the decision-making, the leading, and the job-performing should be left to men, and football is one of those areas.