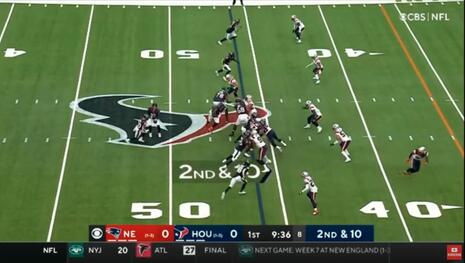 One of the things the cancel mob hates the most is the truth. If you have the nerve to assess a situation with logic and reason and further have the audacity to voice your opinion, you are bound to be squashed under the mighty hand of the cancel mob. Unfortunately, Houston Texans chairman Cal McNair found this out the hard way.

Yesterday, reporter Michael Silver released a story in which McNair used an alleged racial slur when discussing the COVID-19 pandemic at a Texans charity golf event in May.

Brace yourselves, because the racial slur McNair dared to utter was – calling COVID-19 the “China virus.”

According to the reports, several people at the event “gasped” in utter horror after McNair unleashed the sizzling racial fury from his tongue. McNair apologized to attendees for not being able to host the event in the spring of 2020 “because of the China Virus.”

Yup, you read that right. The left is unashamedly crying foul because someone had the nerve to call the virus by a different name, and shamed him into making an apology because of it:

My comments at the event last May included an inappropriate choice of words … I immediately apologized to people who approached me then, and I apologize again now. I know how important it is to choose my words carefully. I would never want to offend anyone.

The irony of the situation was that his comments should not have offended anyone.

McNair did not ridicule the appearance of an Asian or say something that was legitimately offensive. All he did was call the virus by a name that – truthfully – describes where it came from.

Isn’t it a pathetic state of affairs in our country when anytime someone claims the facts of the situation they are deemed as racist and insensitive?