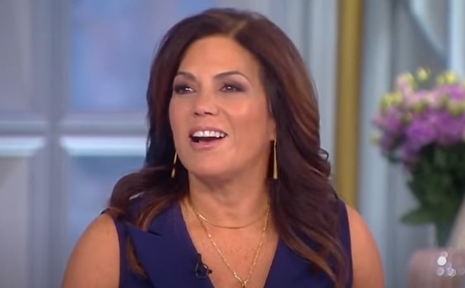 Veteran sports writer and commentator Dan Le Batard’s first lie was inviting longtime sports sideline reporter Michele Tafoya to be a guest on his podcast to discuss her successful career and new podcast. Once there, he ambushed her as a “racist” and “homophobe.”

At the outset of the interview, lefty Le Batard began the assault on Tafoya with his second lie – that she has “right-wing views.” She later discussed the ambush with Greg Gutfeld in a Fox News interview with the theme, “Americans have reached their limits”:

Tafoya: Yeah, the second I got on, BAM, was ambushed with ‘You’re anti-CRT, You’re a racist. You cannot read the Florida law (Parental Rights in Education Bill) without it being a homopho — I mean, I was absolutely ambushed!

And just when I was thinking that all these signs from Netflix and CNN, things were turning in that direction that you alluded to, boy, did I get a wakeup call?

Then came lie number three - the former ESPN show host and Trump hater Le Batard absurdly claimed to be a political moderate and told Tafoya (pictured above in file photo) he had recently read she is secretly on the “dark side.” She remarked she didn't know she occupied said "dark side."

Tafoya responded that she is a pro-choice Libertarian, and she doesn’t know who would regard her as far Right. She also said she believes Le Batard is not far Left.

“All I am is a fiscal conservative who really wants America to come together and for people to be able to realize their potentials and not be told that they’re oppressed or that they are an oppressor," Tafoya said. "That kind of boils it down for me. I’d like to see some law and order so people don’t get hurt.”

On the topics of Critical Race Theory (CRT) and the Florida Parental Rights in Education law derided by leftists as the so-called “don’t say gay” bill, the interview got extremely heated. Le Batard said we are “capitalizing on black bodies," criticized the way she talks about equality and brought in his producer to gang up on her. She took exception to that, accusing them of fabricating lies about her.

Tafoya said she’s got two teenagers in school in Minnesota (one an adopted Latina), and they’re taught that the color of their skin “makes them racists at birth.” The U.S. has done a lot to overcome past racism, but now CRT is being used to divide people and demonize white people, she said.

Le Batard denied anything wrong with CRT and criticized American educators for having “white-washed” history. Tafoya shot back that it’s impossible to trust any textbook, newspaper or institutions because they’ve become so politicized by people with agendas.

Every point made by Le Batard and his cronies on the program parroted the narratives of the left. None could be considered middle of the road.