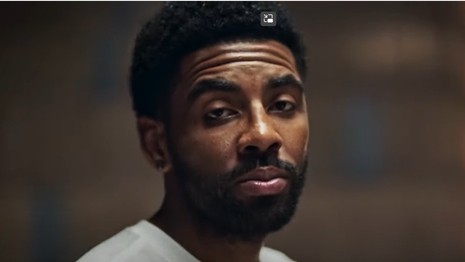 Unvaccinated and politically incorrect, Brooklyn Nets basketball star Kyrie Irving is on the verge of losing his lucrative Nike contract. ESPN reported that Nike is unlikely to extend Irving’s signature shoe deal beyond the 2022-23 season due to “uncertainties surrounding his NBA future.” Also, the Nets are non-committal on giving the seven-time all-star a long-term contract.

Irving has a long history with Nike, and his basketball shoes are one of the top-selling Swoosh products. The talented guard ran afoul of woke vaccination nuts in New York and Canada during the 2021-22 NBA season and he was only allowed to play in road and playoff games. He and Nike appear headed for a divorce.

Nike is planning to release a new Irving KAI11 signature shoe this fall, though Irving has not approved it because he thinks it is “trash.” He later said he’s trying to work out differences with Nike, but it appears their relationship is expected to end anyway.

ESPN’s Adrian Wojnarowski and Ramona Shelburne wrote, “The turbulence surrounding Irving -- which includes the Nets' noncommittal stance on negotiating a long-term contract -- has included several episodes in the past two years.

For much of the NBA season, Irving remained unvaccinated against the coronavirus and inactive because of New York City mandates.” Could the Nets’ cold feet on a long-term contract indicate the NBA still isn’t willing to relax its ridiculous vaccination rules?

Who caused COVID-related turbulence in America’s workplaces? The government and corporations threatening the livelihoods of many employees by taking a vaccination-or-get lost attitude. This despite a 98.8-percent survival rate of COVID sufferers.

In October, Irving said he is not anti-vaccine, but he needed to do what he felt is right for himself.

Nike is not about to cut ties with human rights violation enabler LeBron James, who refuses to call out China. If Irving took the jab today and removed “China” from his vocabulary, would he be on the outs with Nike and the Nets? It’s doubtful. The Nets relaxed their hardcore vaccination stance in time to allow Irving to play in 29 games and four playoff games (averaging 27.4 point per game).

No one seems to be mentioning that Irving has not become a super-spreader of COVID. That’s the 800-pound gorilla in the living room.