Subway In Major Decline & Rapinoe Getting Much Of The Blame

What’s that bad taste in Subway’s mouth? It’s the bitter flavor of a fast-shrinking franchise and the fall-out from hiring the notorious Megan Rapinoe as a national pitch-woman. Subway is losing franchises hand over foot, and its Rapinoe ad campaign is getting some of the blame for the company driving customers away. 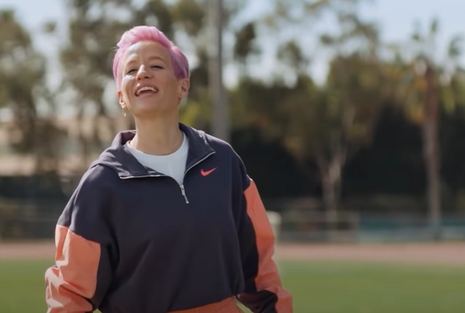 Franchise customers were so irate with Subway’s Rapinoe ad campaign that they organized a boycott. They were peeved that she derided her country while on foreign soil for the 2019 women’s World Cup soccer tournament.

One unhappy customer taped this message to a Subway door: “The ad should be pulled and done with.”

An Arizona franchise owner, in 2021, stated, “Spending our money to make a political statement is completely and totally out of bounds.”

Another Subway location owner complained about how tiring it got to repeatedly apologize to customers upset by the Rapinoe ads.

Subway’s national office did not respond to complaints from local stores. The ads were, nevertheless, ended quickly.

“Regardless, the company’s foothold in the U.S. market continues to slip, and hiring people who are perceived as anti-American like Rapinoe is not helping reverse the decline,” Huston concluded.

Subway has been losing momentum for years, and the Rapinoe ad definitely gave the company a big kick in the shorts.