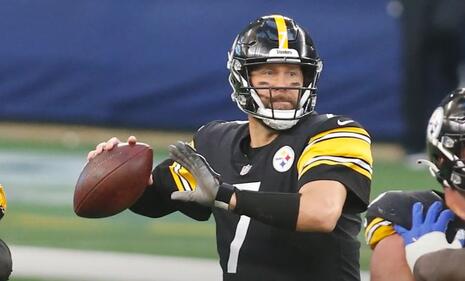 As most people know by now, the media went berserk over Rodgers, who said he had been “immunized” before catching COVID-19 and sitting out last week’s game. Dozier and Roethlisberger were vaccinated and still caught the coronavirus, but they both got treated with kid gloves by woke media hypocrites.

Armando Salguero, a trustworthy writer for Outkick, said “the Narrative Industrial Complex lost its ever lovin’ mind, portraying Rodgers as a horrible person, super spreader of the disease, and perhaps even potential killer, because, gasp, Rodgers was not vaccinated.”

Woke NBC Pro Football Talk’s Mike Florio failed to report that Dozier, who was rushed to an emergency room because he was so sick with COVID-19, had been vaccinated. Mike Zimmer, the Vikings’ head coach, told the media his player had been vaccinated. If Dozier was that ill, how was he not referred to by media as a potential super spreader?

In reporting on Dozier, Mediaite quickly transitioned its story to quarterback Kirk Cousins. He’s the Minnesota quarterback who also bucked the “Narrative Industrial Complex” with his opposition to the vaccine and has NOT contracted COVID-19.

Back to Salguero’s media housekeeping.

"...while Rodgers was ripped a new one by the likes of [sports commentators] Terry Bradshaw, Shannon Sharpe, Stephen A. Smith, and other Branch Covidians for days, including on last Sunday’s pregame shows, Roethlisberger is likely not going to endure any criticism of any sort," Salguero wrote.

No one has offered evidence that Rodgers spread the coronavirus to anyone else.

Salguero also makes another point the media mob has not reported.

Three months after the fact, "The media was outraged Rodgers used a play on words, saying he was ‘immunized' to suggest he was vaccinated."

But that same media isn't outraged the Centers for Disease Control and Prevention (CDC) has literally changed the definition of vaccinated to no longer mean immunized.

“The media, by the way, is made up of liars," Salguero wrote. "That is not casting an aspersion, but rather a undeniable fact.” Liars in the media were outraged that Rodgers lied.

Left-stream media, like those mentioned above, want everyone jabbed. Anyone resisting the shots “is a target unworthy of mercy if they screw up in any way,” Salguero correctly pointed out.

In addition to Dozier and Roethlisberger, vaccinated NFL coaches have tested positive for COVID-19. This has resulted in unvaccinated, asymptomatic and negative testing players being banned from practice facilities, per strict NFL protocols on close contacts. Vaccinated personnel are not being branded as super spreaders. They get that pass from Salguero’s “Narrative Industrial Complex.”

Media inconsistencies over vaccinations are all too slimy.