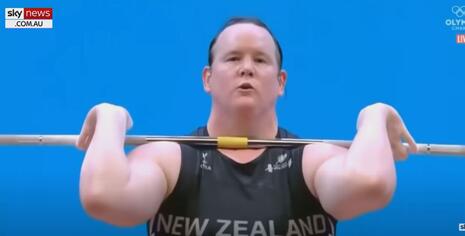 Queer theory is in full session at the 2021 Tokyo Olympics. And then some! The Summer Games will be the queerest ever, with 142 publicly out homosexual, transgender and nonbinary athletes going for the Gold.

Outsports and The Queerstory Files say the number of publicly out LGBTQ athletes in Tokyo is not only double the number of out athletes who competed in the 2016 Rio Games, but greater than the number of such athletes in all previous Summer Olympic Games combined. Aren’t we all in for a treat?

Lesbians outnumber gay men 8-1, with women’s soccer boasting 30 out players. Outsports says, “This continues a trend seen at past Olympics and is reflective of out athletes in elite non-Olympic sports where women also proliferate.” Atta boy, girls!

There are more statistics for Outsports to cheer about, too. No less than 25 nations feature at least one publicly out athlete, in 26 sports. This year’s Olympics are also introducing the first trans Olympians.

Why the major increase in the number of out athletes this year? Outsports says it “reflects the growing acceptance of LGBTQ people in sports and society. The rise of social media, especially Instagram, has given athletes a forum where they can live their lives openly and identify directly with their followers.”

The annual in-your-face June Pride Month also might have encouraged more athletes to declare their out status. If you weren’t hiding under a rock, you might have seen a thing or two mentioned about Pride Month earlier this summer.

Outsports also brags of the high standards it has established for determining who’s out and who’s still in the closet. “If someone has not made a public declaration to the media that they are LGBTQ, they can still be included on this list if they are openly living their life as an out person on social media, particularly if they have made clear they are in a same-sex relationship.”

It’s a relief to know Outsports isn’t letting any fakes sneak onto the list of out athletes.

In the event that, while watching the Olympics on television, you can’t tell the out athletes without a scorecard, you can use the list at the bottom of the Outsports story to note the identity of the 142 out athletes.