The most notable reactions to the election are coming from the loudest mouth: social justice king LeBron James. He's happier with the presumed election results than he was with the Los Angeles Lakers' recent NBA championship, when he grumbled about needing his "damn respect."

Though Trump won a slam dunk in James's home state of Ohio, the often sullen basketball star lightened up considerably over the election. The Democrat basketball player tweeted a video of himself smoking a victory cigar. 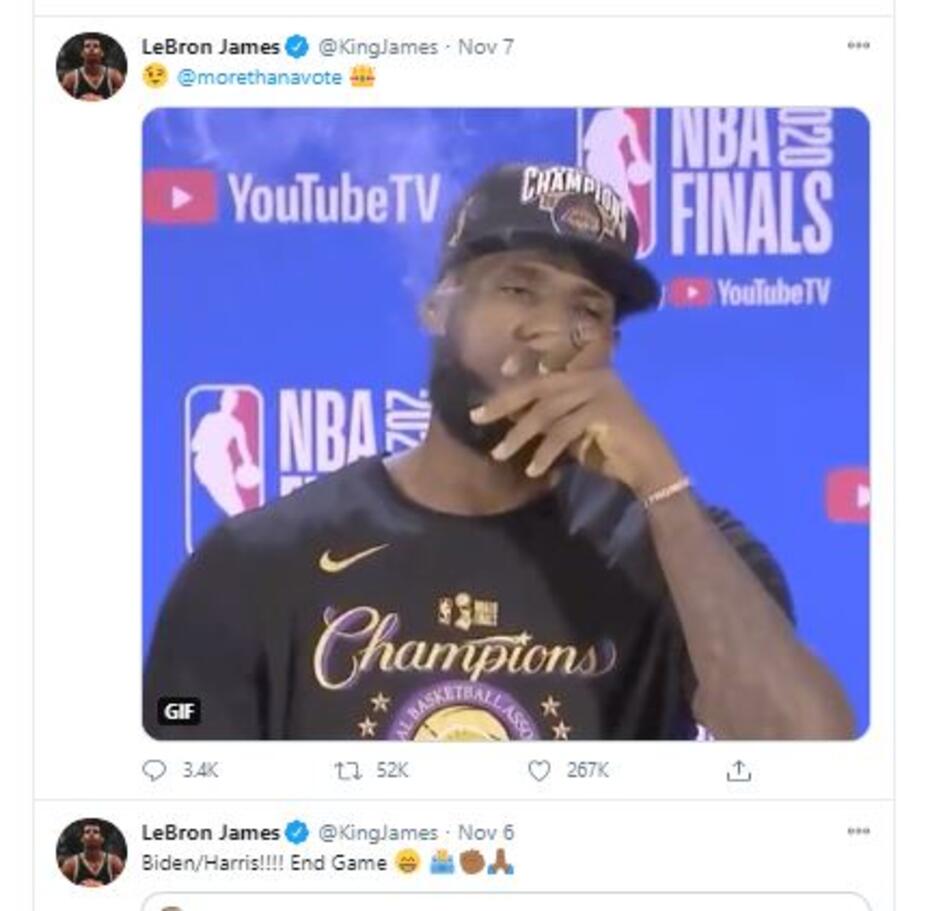 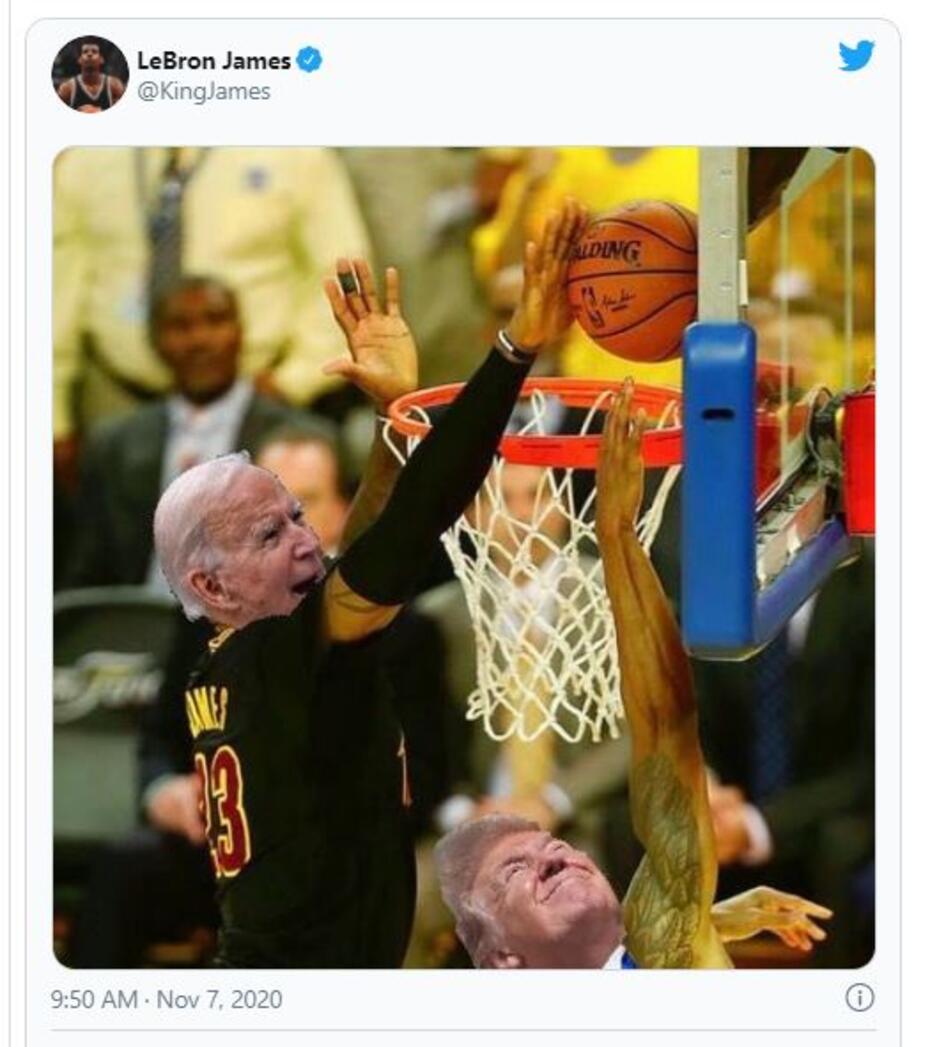 Additionally, James reposted film-maker Ava DuVernay's tweet, a photo of Trump with the words "You're fired!" super-imposed over him.

The feud between Trump and James (reacting to Trump supporters' criticism in above photo) has been well documented. James once called the president a "bum" in a tweet, and supporters of the president attending a recent campaign rally chanted "LeBron James sucks!"

In a classic overstatement, Joel Embid of the Philadelphia 76ers thanked America for trusting the process. That's right, the most corrupt mess of an election process this country has ever seen! LOL! 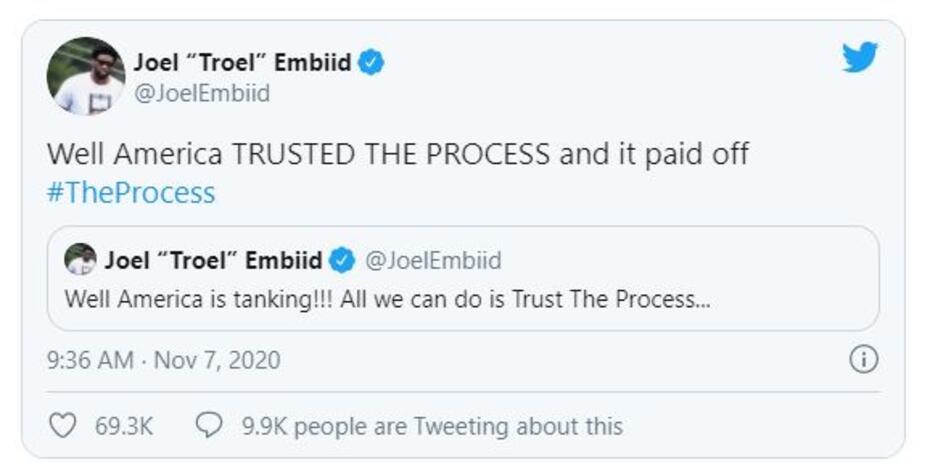 A former basketball player, Dawn Staley, congratulated her home town of Philadelphia for, according to The Guardian's Tom Lutz, helping Biden carry Pennsylvania and win the election. “IT JUST HAPPENED! #PHILLYSTANDUP #WHATMATTERS,”

A judge will be ruling on how much of that help was actually legal or not.

The outrageous soccer star Megan Rapinoe, known as much for her hatred of Trump as her soccer exploits, thanked black women for supporting Biden.

The Guardian posted the comments of athletes opposed to Biden, too.

“The media state has declared Joe Biden the President. I wonder when trump gonna drop the hammer to fix the scorecard?” wrote MMA fighter Jorge Masvidal.

Retired baseball player Aubrey Huff accused the media of “premature ejaculation” in calling the election for Biden, along with this comment: "Congrats to @JoeBiden for your record breaking victory! Machines, black sharpies, big tech, social media companies, & China will be pleased.”

The Guardian story ended with a bizarre anti-Trump appeal for reader support by declaring:

... to be the 46th president of the United States. The American people have disavowed four years of a thuggish presidency. They have chosen decency over dysfunction, fact over fiction, truth over lies, and empathy over cruelty. They have rejected the last four years of ugliness, divisiveness, racism and sustained assaults on constitutional democracy. And even as Trump plots legal challenges and levies unfounded claims of fraud, it is clear America is moving on.

The Guardian says many things in America need fixing, including a stark racial wealth gap, school segregation, corrosive inequality, a climate crisis and a democratic deficit at the heart of America’s electoral college. The new president will also need to fix a broken healthcare system, restore the role of science in government, address corrosive racial bias in the schools, criminal justice system and other institutions and question the unchecked power of corporations and Big Tech.

That's odd. The last time we checked, Big Tech was censoring Trump and conservatives, proving helpful to the Biden campaign.