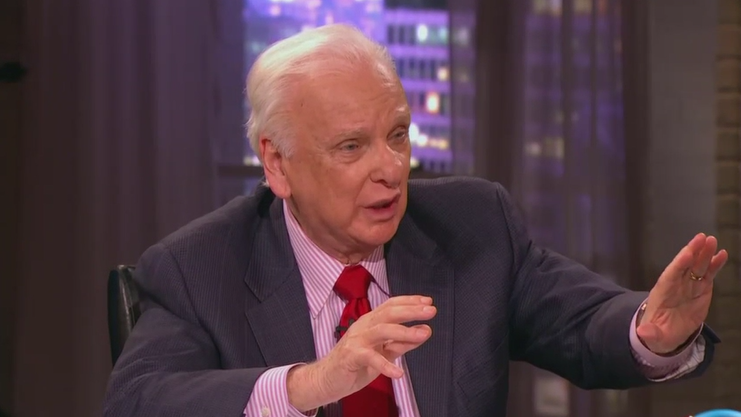 Bryant Gumbel's final HBO Real Sports program of the year ended Tuesday with a roundtable discussion on where things stand in the era of politics and protest in sports. Producer/correspondent David Scott issued the most provocative statements on the highly contentious subject, stating black protest is almost a patriotic duty and makes the country better. Bernie Goldberg said protests over gay rights and civil rights are fair game, but it's better when sports and politics aren't mixed.

Host Gumbel identified the December installment of Real Sports as a review of the 2019 programs: "All part of the tapestry of sports reporting that, at various times, prompted anxiety, amazement, sadness, anger, and inspiration." He asked his panelists if the public expects their athletes to shut up and play.

"It's easy to lose the sight of this in, as you say, the hyper-polarized politics of the day. But, you know, black protests in this country, black civil disobedience in particular, has made this country better. And for a lot of black folks, protests is almost a patriotic duty. A lot of black people see it as a form of patriotism, which is, to me, you know, the great irony in the whole debate about Kaepernick. Because it is so, he's -- his actions are so widely perceived as unpatriotic. But from the black perspective, this is our duty to make the country better. Protest the -- "

Goldberg interrupted Scott to remind him of his position on protest in sports:

"For the most part, I think we're better off when sports and politics don't mix. There are very important exceptions to the rule. Civil rights, gay rights, things like that. I think athletes have a platform, they should speak up. But sports is where we go, generally speaking, to get away from the constant barrage of, not only politics, but in this day and age, hyper-partisan politics. So when they don't mix, we're better off, for the most part."

"Then you can -- then you can speak up about it," Goldberg responded.

Andrea Kremer, formerly of ESPN and who now calls NFL games on Amazon Prime Video, took the position that it's a one-sided situation controlled by "certain leagues" that "try to use certain issues that they want to promote. Whether it's military service or breast cancer or something like that. And yet, if the players have certain things that they feel strongly about, they're not allowed to voice that. They're not allowed to promote those things."

Soledad O'Brien chirped in that it's hypocrisy, and Mary Carillo agreed.

O'Brien said athletes are making a lot of money and they have huge social media platforms to express their opinions.

Goldberg offered resistance to that prevailing left-stream media view: "Regular folks from middle America, they'd have a different view of this. They'd say, 'I want to watch a damn football game. I don't want politics injected into the game.' "

He said there are a lot of culturally conservative black people in America who also oppose the protests: "And I'm not sure, in the area of partisan politics they want it anymore than 'Whitey' wants to hear it."

Bryant later said, "Well, listen to you, the guy who said athletes should just shut up and play," and Goldberg told his colleagues they're not listening and repeated his view one last time:

"I said we go to sports to get away from politics, for the most part. There are exceptions. For the tenth time, I'm saying that, because people at this end of the table have a hearing problem."