What constitutes an “anti-trans activist” to the left these days? Vice News decided Tuesday to set the bar remarkably low. 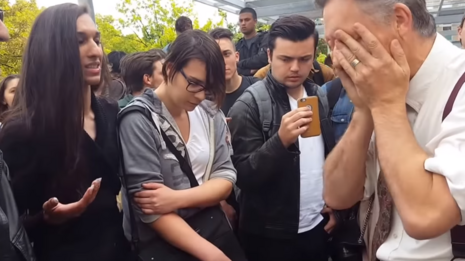 Not only that, but it attempted to connect these so-called “anti-trans activists” to the recent Club Q shooting with their piece entitled: “Elon Musk's Twitter Reinstates Anti-Trans Activists on Same Weekend as Club Q Attacked.”

Who was VICE referring to? Jordan Peterson, James Lindsay, The Babylon Bee, and Donald Trump.

In addition to calling them anti-trans activists, VICE claimed they all (except Trump) were banned from Twitter for “abusing the [LGBTQ] community.”

VICE even admitted: “The motive behind the shooting is still unknown.” But that did not stop it from making assumptions that serve its agenda, adding, “but it comes at a time when anti-LGBTQ sentiment is ramping up to feverish levels, particularly due to the rhetoric coming from an increasingly mainstream element of the Republican Party.”

James Lindsay’s grave offense was popularizing the phrase “ok groomer.” It is not a term for transgenders, as it refers to adults who intentionally influence children in sexually inappropriate ways. No matter what their gender identity is, these people should receive criticism for corrupting children.

Twitter banned Jordan Peterson for a tweet about the transgender actor, Elliot Page. Peterson tweeted, “Remember when pride was a sin? And Ellen Page just had her breasts removed by a criminal physician.”

The tweet violated Twitter’s guidelines because it used Page’s birth name "Ellen" rather than her updated name "Elliot". That hardly makes Peterson an anti-trans activist or worthy of being associated with a mass shooting with undetermined motives.

The Babylon Bee is satire, but apparently, it’s a hotbed of anti-trans activists too. Twitter banned its account for jokingly calling transgender woman Rachel Levine “Man of the Year.” They have other content mocking LGBTQ people, but that should not be considered anti-trans activism or motivation to murder.

Lastly, VICE lumped Trump in as one of the anti-trans activists reinstated to Twitter although that was not why he was banned. VICE categorized him as an anti-trans activist because he "made several comments dog whistling gender identity, particularly within the school and athletic systems."

It sounds like he was advocating to protect children from groomers and to protect biologically female athletes from transgender athletes, not the murder of LGBTQ people.