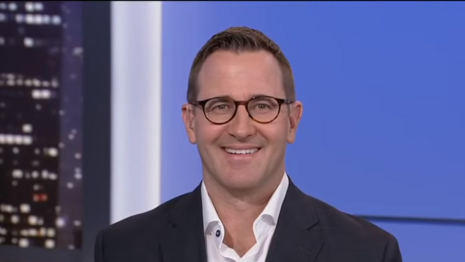 The guest, a conservative activist named Ned Ryun, said Zelenskyy “is a corrupt oligarch who’s a psychopath who clearly wants to drag us into nuclear war. Putin’s a thug. Fair enough. But people are trying to frame this argument as a fight over democracy and freedom and as an age-old fight. I’d consider it more Bloods vs. Crips.”

Whether or not the statement was poignant, it clearly was not racial. After all, Russia and Ukraine are both majority-white countries. If anything, it is progressive to refer to these countries as gangs rather than stereotyping black countries as such.

But that did not stop ignorant tweeters. For example, one tweeted, “wow. they figured out a way to slip in some racism.”

Other tweets suggested white people should not talk about gangs. One sarcastically stated, “A lot of street gang expertise on that panel.”

Another prejudicially purported, “3 white people talking ‘Bloods and Crips’--it’s not a good look.”

So, as usual, it is the progressives being the actual racists.