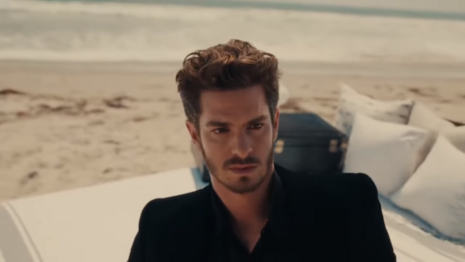 In the case of Andrew Garfield, it seems he is focusing on all the wrong things.

When asked how he feels about being almost 40, he responded, “It’s interesting. It feels far off. I need to start thinking about a good party. If I organize something fun, it’ll be great. And the good news is, all my high school friends, we’re all celebrating [turning 40] together.”

As if partying is what life is all about.

Garfield continued, “But it’s interesting – I always thought I would be the first to have kids and settle down, and they’re all shacked up and a couple of kids deep, for the most part. And I’m like… [Trails off, laughs].”

Poor guy. Being a part of woke celebrity culture, he has probably been distracted.

Garfield talked to the GQ interviewer about his struggle to find meaning: “I’m here with you, eating a burger, just contemplating existence. Trying to fill my days with as much nonsense as I possibly can.”

Perhaps starting a family would be preferable to this shallow lifestyle?

But Garfield continued, “Releasing myself from the societal obligation of procreating by the time I’m 40 has been an interesting thing to do with myself.”

It sounds like a failed postmodern experiment in disregarding human nature.

Garfield conceded that it caused him emotional hardship and bravely acknowledged his male privilege: “I think I have some guilt around that. And obviously it’s easier for me as a man …”

He sadly admitted, “Of course I would’ve loved my mum to have met my kids, if I’m going to have kids.”

Cheung completely gushed that, “I’m glad that Garfield has been able to release himself from some of the expectations he once struggled with, and hope that he is able to create the family situation that works best for him whenever he’s ready to do so.”