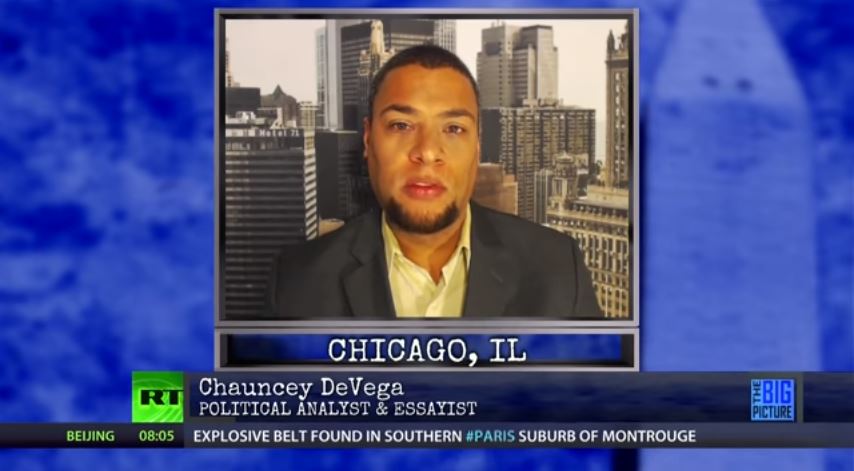 They’ve called him a racist, a cult leader, and a foreign agent, but now they’re going the full “Hitler.”

After just recently digging up some “professionals” willing to claim that the Trump movement is aimed at taking down democracy, Salon writer Chauncey Devega found a history professor with even less professional self-respect. A faculty member at the University of Louisiana at Lafayette, Richard Frankel talked with Devega in an interview posted to Salon’s website on August 6 in which the historian discussed the possibilities of the Trump administration turning into the Fourth Reich.

“As a historian, my natural tendency is to always try to stop people from invoking Hitler,” claimed Frankel, “But now, with Trump, my [no doubt heroic] resistance and that of other historians to making that comparison is being overcome.”

Frankel and Devega compared ICE detention centers to concentration camps, relating Trump’s “racism” to Hitler’s anti-Semitism, and even drawing out similarities between the Hitler-enabling “good Germans” and Trump voters.

“Some voted for [Hitler] for economic reasons, some voted for him for nationalistic reasons ... The frightening part, of course, is all those people weren't bothered enough by Hitler's anti-Semitism,” Frankel remarked.

“Just like in this country with Donald Trump,” commented Devega.

The thing is, Trump does not have to do a lot of things like Hitler for people to be worried – according to them. “If we wait for Trump and this moment to fully become like Hitler and the Nazis,” the historian stated, “then it is already too late.” (A clever way to make his weak comparisons carry more weight.)

“With Trump's nationalistic rallies, and all of his language and imagery, he is setting up an environment where violence is possible,” Frankel explained. “No one should be surprised when the violence occurs because we have seen that throughout history.”

(Does he mean the violence already happening in Portland? The violence started by Antifa goons?)

So if people don’t get out there and vote Democrat, ICE is going to turn into the next SS and minorities will be killed in gas chambers. At least that’s what liberals like Dr. Frankel want to scare you into thinking with their “expert” opinions.

Devega has a knack for finding these experts to frighten people about Trump. Maybe next he will find somebody to prove that Trump is possessed. That would really scare people into doing anything to get Trump out of office.