Denzel Washington Supports Law Enforcement: 'I Have the Utmost Respect for What They Do' 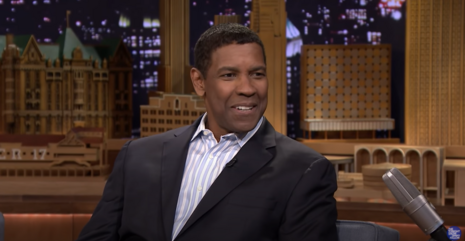 Washington stars in the newly released movie The Little Things where he played Deputy Sheriff Joe Deacon, a consulting detective helping the Los Angeles Sheriff department on a serial killer chase. In a recent interview, Washington told Yahoo Entertainment his approach and thoughts behind representing a law enforcement officer given the current political climate.

“I have the utmost respect for what they [law enforcement] do, for what our soldiers do, [people] that sacrifice their lives,” said Washington. “I just don't care for people who put those kind of people down. If it weren't for them, we would not have the freedom to complain about what they do."

This will be the 13th time Washington has played a character who worked in law enforcement but it was in his early career that he really began to understand and admire the work that they do.

When preparing for the role of Assistant District Attorney Nick Styles in the film Ricochet, he had the chance to ride with a sergeant and see the reality or police work up close.

“We got a call of a man outside his house with a rifle that was distraught. We pulled up and did a U-turn past the house and came up short of the house. He told me to sit in the car, which I was gonna do. I wasn’t getting out. He got out. As he got out, another car came screaming up and two young people jumped out screaming. As it turned out, it was their grandfather. This policeman defused the entire situation by just remaining calm.

“But it showed me in an instant how they can lose their life … He didn’t overreact. He could’ve pulled his gun out and shot the people that came up driving real fast. He could’ve shot the old man that was distraught and a bit confused, I think he was suffering a little bit from dementia. But in an instant it taught me, and I never forgot it, what our law enforcement people have to deal with moment to moment, second to second.”

In the past Washington has not been shy about vocalizing his Christian religious views and has always been slow to attribute cultural phenomenon to racial differences or systemic racism.

Although BLM has had a great impact on how writers and actors approach and portray cops in television and movies it is refreshing to see this Oscar award winning actor backing law enforcement and the the difficult work they do.