Blasphemy against Jesus Christ Himself is now a part of the Disney/Marvel media empire’s descent into woke madness. The newest edition of X-Men comics features a story beat that explains that Christ wasn’t miraculous because He was the Son of God, but because He was a mutant with superpowers. 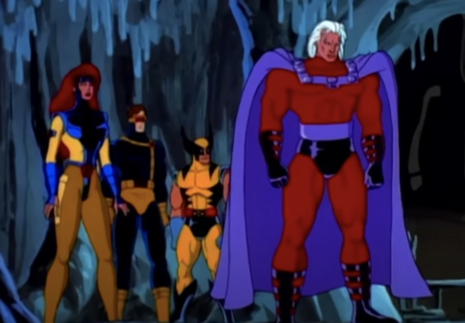 Basically, He’s like Professor X or Magneto, if their powers were multiplying bread and fish or raising people from the dead.

Nerd culture website BoundingIntoComics.com reported on this bit of flagrant heresy found in X-Men Immortals #1, the latest installment of the Marvel superhero series that debuted on March 30.

In this new story written by Kieron Gillen, the world’s mutants – the genetically anomalous humans that make up this comic book universe’s superheroes – are holding a council meeting to replace one of their own. Magneto, the man who can manipulate metal with his mind, has just retired from his position of leadership on the council.

The council interviews various candidates including series favorites Beast, Angel and others, but fails to come to a quorum on who to elevate to the position.

One of the council members, Exodus, a mutant often depicted throughout the series as a devout Christian, sets off to the local realm’s gardens to see if his friend and fellow mutant Hope Summers would be interested in joining the council’s ranks.

The discussion between both mutants reveals a gross and blasphemous depiction of the Son of God within this series’ universe. Exodus treats Summers, whose mutant powers allow her to resurrect dead mutants, as if she is beyond the power of Jesus Himself.

But before the explicit blasphemy, readers are given an exchange revealing a bit of the disdain Summers has for religion. Praising her powers, Exodus claims he believes that the Holy Spirit has come upon her. “Your coming rekindled the fecundity of mutants. The Holy Spirit came upon you,” he tells her, to which she abruptly responds, “The Phoenix! The Burning Space Bird came upon me! There’s no need to get religious.”

The real blasphemy happens when Exodus tries to woo her by stating that her mutant powers of resurrection have far surpassed those of the “Mutant Nazarene” who raised only three people from the dead in the New Testament: the widow of Nain, Jairus’ daughter, and Lazarus.

“The Nazarene Mutant inspired a church among the humans by raising a couple from the dead. I just watched you beat that in the last five minutes,” Exodus told her.

It’s obvious what Exodus is getting at here. The Nazarene Mutant, Jesus, of course, was not the Son of God, but an early mutant who used his powers to start a church and convince Christians He was God. Current mutants like Summers have far surpassed Jesus’ abilities.

Exodus adds one more nail in the heretical coffin, telling Summers that her powers have given mutants something Christ didn’t. “And now, you have given us an actual heaven,” Exodus states.

Great job, Marvel. The edgy atheist shtick is so 2013. So much for pushing the envelope with your medium, guys.